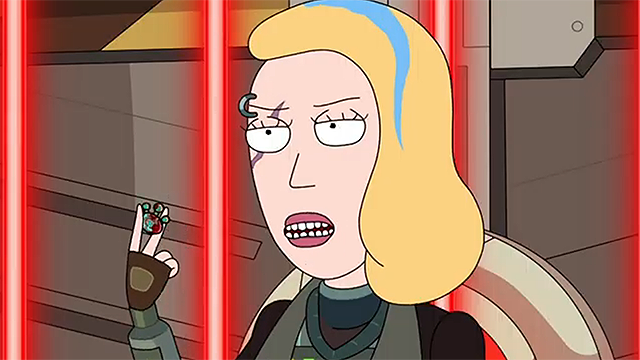 In the previous episode of Cartoon Network’s Rick and Morty, Beth helped Rick take care of the children he thought he’d fathered. In Rick and Morty Season 4 Episode 10, Tammy came after Space Beth who returned to Earth to confront Rick.

Do a Star Wars Thing

Space Beth consulted a space doctor about the proximity device in her throat. He thought it was a bomb that would blow her up if she got near Earth Beth. Rick had cloned Beth, and Space Beth was like a younger version of her father.

The family made their way onto the Death Star. The Beths worked together to escape, while Rick fought Phoenix Person, a Birdperson cyborg, who was still in love with Tammy. Though they escaped the Death Star, the family was fed up with Rick. He didn’t remember which Beth was the real one, and when he checked what had happened, Rick learned that he’d mixed them up on purpose. 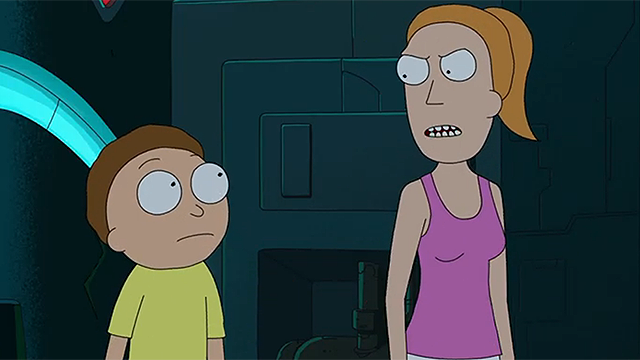 After trying to use the invisibility belt to get out of family therapy, Rick gave it to Summer to spite Morty. Morty got it from her while she tried spy on a guy, and Summer got him with a fire extinguisher when he tried to spy on the girls’ locker room. However, they were able to work together to defeat Tammy using the belt.

At the Death Star, Morty and Summer didn’t think they needed the belt, so they let Jerry keep it. However, they were trying to stop the laser and could’ve used the belt. They learned that the laser wouldn’t destroy Wrangler jeans as marketing ploy. While a pants-less Morty distracted the bug aliens and killed them off-screen, Summer threw Morty’s jeans into the laser and broke it. 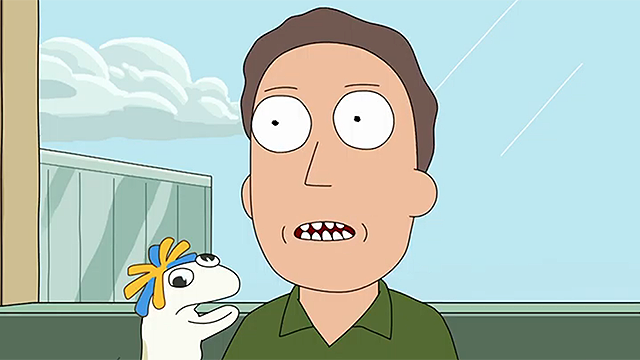 Jerry made a puppet for the family therapy, and everyone ridiculed him, especially Dr. Wong. When the family broke into the Death Star, Jerry had to urinate, so Morty and Summer let him use the invisibility belt. They used Tammy’s body to gain access and left Jerry alone with her body because he was still nervous.

What did you think of the season finale of Rick and Morty? Let us know in the comment section below!