Home World How to invest in a pandemic: Buy boring stocks 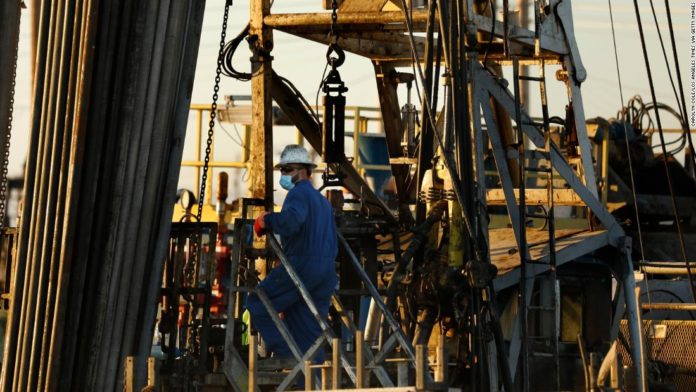 Could this be a start of a new trend? A time for value to shine at last?
The S&P 500 Value index (SPYV) gained nearly 5% in the past week, while the S&P 500 Growth Index (SPYG) is up about 2.5%. The S&P Technology Sector (XLK) exchange traded fund, which is home to many of the top FAANG stocks, has increased 2%.
Big tech stocks have lagged a bit recently. That’s partly because of concerns about how much they’ve run up from the market’s March lows — but there are also renewed worries about a crackdown on Twitter (TWTR) and other social media firms by President Trump.
Yet value stocks remain a largely contrarian bet. Many professional buy-side investors still covet the high growth potential of companies like Facebook (FB), Apple (AAPL), Amazon (AMZN), Google owner Alphabet (GOOGL) and Netflix (NFLX) compared to beaten-down bargains.
In fact, a survey of global fund managers released this week by Bank of America found that the highest percentage of investors expect growth stocks to outperform value since December 2007.

But individual investors are getting back into more value-oriented sectors.
According to data from mutual fund tracker EPFR, the weekly amount of money invested in financial sector and industrial sector funds through May 27 notched 20-week highs. And energy sector funds have now posted increased investments for the past 21 weeks.
“Hopes that the global economy is now on the foothills of the post-pandemic recovery saw sector-oriented investors cast a wider net going into June,” said Cameron Brandt, director of research at EPFR, in a report.
That makes sense. Conservative investors who may not be convinced the worst is over for the global economy may value high-yielding dividend payers over riskier, cyclical growth stocks.
And with the Fed set to keep rates near zero for the foreseeable future, that could also give a boost to some of the more indebted companies in the energy, consumer and financial sectors. Super-low interest rates are essentially a free pass from Fed chair Jerome Powell to refinance existing debt and sell more bonds to fund growth opportunities.
Plus, every investing cycle eventually ends. The FAANGs/tech can’t dominate the market indefinitely.
“We actually do need the market to broaden out and not have everyone just invest in the ‘S&P 5’ (handful of mega-cap #tech/#FAANG names) if we’re going to get a sustainable move higher,” said Mike Larson, senior analyst at Weiss Ratings, in a tweet.
Larson was responding to a tweet from me about how cruise lines, airlines, hotels, casinos and other travel stocks have begun to rebound on hopes about the reopening of America.
RBC Capital Markets head of US equity strategy Lori Calvasina said in a report this week that the recent outperformance of value stocks does not “represent major breakouts yet,” and that she remains neutral on value sectors.
And BTIG chief equity and derivatives strategist Julian Emanuel warned in a report that the recent surge in financial stocks in particular “has a frantic feel to it.”
Old habits die hard. So investors may keep coming back to big tech stocks, especially if value stocks continue to soar and no longer look like the bargains they were just a few months ago.