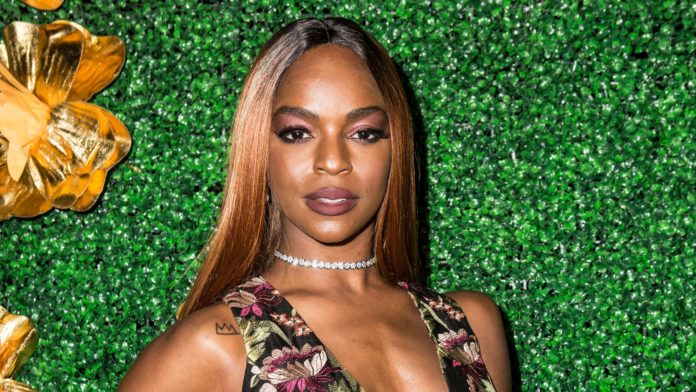 Lea Michele has apologised for her behaviour and the way it was “perceived” following allegations of racism, but insists she has never judged anyone on their colour.

The 33-year-old actress has faced a backlash on social media, after posting a message of support for the #BlackLivesMatter movement, only to be called out for racism by a former colleague.

Glee co-star Samantha Ware, who starred as Jane Hayward in the US musical comedy-drama, accused Michele of making her life a “living hell” when they worked together, even threatening to “s*** in her wig”.

Describing Michele’s behaviour as “traumatic microaggressions”, Ware said it made her “question a career in Hollywood.”

Michele has now responded to the accusations on Instagram, saying that while she doesn’t remember making that specific statement, she has “never judged others by their background or colour of their skin”.

She goes on: “That’s not really the point. What matters is that I clearly acted in ways which hurt other people.”

Ware’s accusations of racism came after Michele voiced her support for the Black Lives Matter movement following the death of George Floyd .

Floyd, 46, died last week in Minneapolis after police officer Derek Chauvin was filmed kneeling on his neck for at least eight minutes while arresting him for allegedly using a counterfeit $20 note in a shop.

Michele wrote: “George Floyd did not deserve this. This was not an isolated incident and it must end. #BlackLivesMatter.”

Re-tweeting the post, Ware commented all in capital letters, writing: ”Remember when you made my first television gig a living hell?!?!…

“Cause I’ll never forget… I believe you told everyone that if you had the opportunity you would ‘s*** in my wig!’ amongst other traumatic microaggressions that made me question a career in Hollywood.”

Describing her initial tweet about Floyd as “a show of support for our friends and neighbours and communities of colour”, Michele says the response to her post has “made me also focus specifically on how my own behaviour towards fellow cast members was perceived by them”.

Michele’s statement goes on: “Whether it was my privileged position and perspective that caused me to be perceived as insensitive or inappropriate at times or whether it was just my immaturity and me just being unnecessarily difficult, I apologise for my behaviour and for any pain which I have caused.”

She went on to conclude that “we all can grow and change”, promising, “I will be better in the future from this experience.”

Michele says one of the reasons she must “work to better herself” is to be a good role model for her first child with her husband, businessman Zandy Reich, which is due in a few months.

HelloFresh does not condone racism nor discrimination of any kind. We are disheartened and disappointed to learn of the recent claims concerning Lea Michele. We take this very seriously, and have ended our partnership with Lea Michele, effective immediately.

Following the accusations of racism, Hello Fresh announced the immediate termination of their US partnership with Michele, after joining forces earlier this year.

Michele, 33, played the role of Rachel Berry for six seasons of the Fox series, and was nominated for an Emmy, two Golden Globes and three Grammy awards for the part.

Ware, who appeared in the sixth season of Glee in 2015, has since starred on shows including What/If, Chicago Med, and God Friended Me.

Mariah Carey reveals she once recorded an alternative album

Taylor Swift tops Whitney Houston’s record for most weeks at No. 1 on the Billboard 200 chart