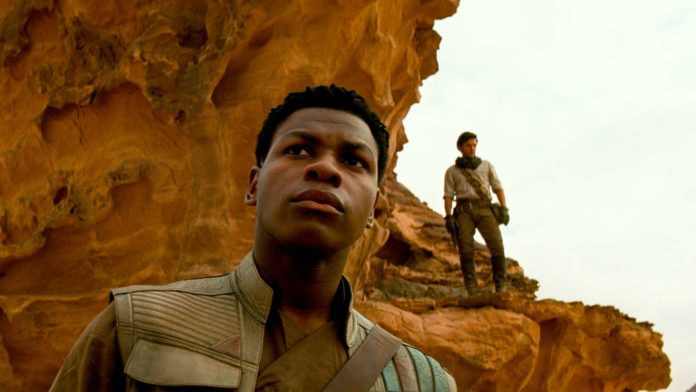 John Boyega has delivered an impassioned speech to thousands of people gathered in Hyde Park, protesting over the death of George Floyd.

The Star Wars actor spoke out against racism in both the US and the UK, calling on protesters to be organised but peaceful, and telling the crowd “I’m speaking to you from my heart”.

He said: “Today is about innocent people who were halfway through their process. We don’t know what George Floyd could have achieved.”

Floyd, 46, died last week in Minneapolis after police officer Derek Chauvin was filmed kneeling on his neck for at least eight minutes while arresting him for allegedly using a counterfeit $20 note in a shop.

Boyega also named two other black Americans who controversially died in the US, as well as the racist UK murder of Stephen Lawrence.

Ms Bland died aged 28 while in police custody in Texas following a traffic stop, while Mr Martin was shot and killed, aged 17, by a neighbourhood watch volunteer in Florida.

Both deaths sparked protests across the US at the time.

Teenager Stephen Lawrence was murdered in an unprovoked attack at a bus stop in Eltham, southeast London, in 1993.

Boyega told the assembled Black Lives Matter protesters they needed to make sure news of those deaths were passed on to the next generation, and “won’t be an alien thought to our young ones”.

The 28-year-old, who achieved worldwide fame in the Star Wars franchise, cast aside any worries of publicly speaking out, saying: “Look, I don’t know if I’m going to have a career after this, but f*** that.”

In 2016 Boyega set up his own production company, Upperroom Entertainment Limited, aimed at making films that celebrate African culture, with a focus on West and East Africa.

Mr Floyd’s death has sparked rioting and protests across the America.

However, Boyega urged UK protesters to remain peaceful, saying: “It is very, very important that we keep control of this moment. That we make this as peaceful and as organised as possible.

He also spoke directly to fellow black men, who he said had a special part to play in supporting their families: “This message is specifically for black men, black men we need to take care of our black women.

“They are our hearts, they are our future, we cannot demonise our own, we are the pillars of the family.

“Imagine this: a nation that is set up with individual families that are thriving, that are healthy, that communicate, that raise their children in love, have a better rate of becoming better human beings, and that’s what we need to create.

“Black men, it starts with you. It’s done man, we can’t be trash no more. We have to be better.

“You lot came today, you left your kids, and when you see your kids they’re aimlessly playing, they don’t understand what’s going on. Today’s the day that we remind them that we are dedicated, and this is a lifelong dedication.

Boyega previously said he did not want to “work in fear” when in the US, where he spends six months a year, as he addressed the unrest in an Instagram post.

Brought up in Peckham by British-Nigerian parents, he has also said he met Americans in the past “who didn’t know black people live in London“.

Boyega plays storm trooper Finn in the Star Wars trilogy, The Force Awakens, The Last Jedi and The Rise Of Skywalker.