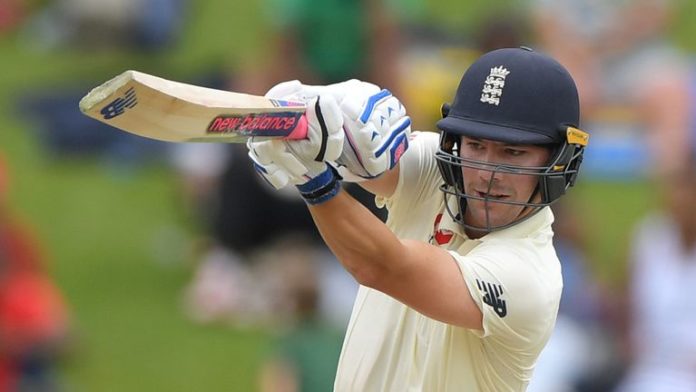 “The ankle is strong. I would’ve been able to start the county season, if that had gone ahead on time. It’s nice to be back, have a bat in my hand and get back to it”

Rory Burns says England won’t underestimate the challenge posed by the West Indies when their rearranged three-match Test series gets underway on July 8.

England were beaten 2-1 in the most recent meeting between the two teams, in the Caribbean 18 months’ ago, with Burns averaging only 24.16 as he made his early steps in international cricket.

“The last time we played each other, they won, so they’re no slouches certainly,” Burns told The Cricket Show, which you can listen too as a podcast in the player above.

“Their bowling attack caused us a lot of problems. They’re very skilful; they’ve got some pace.

“I remember walking around on the pitch of the first Test and seeing their bowlers going and thought, ‘this is going to be quite tasty!’

“They’ve got a lot of good cricketers there and it’s going to be a stiff test no matter who comes.”

Burns has since adapted impressively to Test cricket, scoring two Test centuries and six fifties in his 15 caps, though he has been unable to add to those numbers since being struck down with an ankle injury in a warm-up game of football during the winter tour of South Africa.

Back fully fit, and having returned to socially-distanced batting practice this week, Burns is eager to reclaim his spot opening the batting.

“The ankle is strong. I would’ve been able to start the county season, if that had gone ahead on time,” added Burns.

“That was really my first injury of any note in my career and so to pick it up at a time when you feel like you’re developing and moving along in the right direction, it was quite frustrating.

“But I didn’t try to think about it too much. When I got injured in South Africa, I wrote down all the things I thought I had been doing well – what I was enjoying about my batting – in terms of the things I’d been working on. I had a little read of them on Tuesday.

After Burns’ injury, England won all three of their remaining Test matches in South Africa to clinch a 3-1 series win, with Dom Sibley striking a maiden century in the first of those and opening partner Zak Crawley showing promise.

It means Burns might not be afforded an immediate return to the England starting XI, although an expected absence from skipper Joe Root for the birth of his second child could open up a slot.

“Rory deserves to be in that side,” Sky Sports Cricket expert Nasser Hussain said. “But, you get injured and Crawley and Sibley did very well in his absence, looked the part and led them to victories.

“England don’t like changing a winning side. But, maybe, with Root possibly not being there for one of the Test matches, maybe that’s the way of getting all three of them in.”

Sky Sports‘ Michael Atherton said he would have Burns coming straight back into the fold, adding: “I would get him in instead of Crawley – so back to the combination with Sibley before he got injured.

“Crawley came in and did ok, but I thought Burns was doing so well, progressing beautifully, that I would go back to him.

“He also does add a potential leadership candidate to that Test team down the line, if required.”