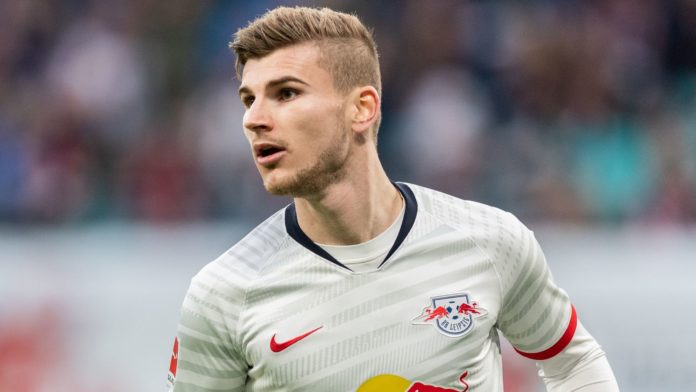 The Germany international has a €55m (£49.4m) release clause which expires on Monday June 15.

One source close to the player says Werner would be happy to play for Chelsea despite indicating his preference to move to Liverpool.

The 24-year-old wants to move to a Champions League club, where he will play regularly.

He signed a contract extension last summer which ties him down to Leipzig until 2023 and has scored 32 times this season, including 25 goals in 29 Bundesliga games.

Bayern Munich backed out of a €30m deal to sign Werner 12 months ago and the player appeared to rule out a move to Munich this summer when he said last month that he would prefer to move abroad.

Inter Milan wanted to sign him but their sporting director Piero Ausilio said last week that Werner would not be moving to the club.

A few weeks ago, it had been assumed Leipzig could be tempted to sell Werner for a lower fee after the clause expires, the thinking being that the coronavirus pandemic would cause prices to drop when the transfer window opens.

That was before Sunday, when Paris Saint-Germain agreed to take up their £51m option to sign Mauro Icardi from Inter Milan.

Werner is three years younger than Icardi and, if the Argentine is the benchmark, then Leipzig are unlikely to let Werner go for less than £50m.

Analysis: No surprise Werner in such high demand

“It is hardly surprising that Werner is a player in demand. Over the course of the last four years with RB Leipzig, the 24-year-old has established himself as one of the most exciting young players in the Bundesliga.

“This season has been his best yet, with 31 goals scored in 40 games so far, taking his overall total for RB Leipzig to 92 in 154 appearances. For the German national side, he boasts a total of 11 goals in 29 games.

“His RB Leipzig tally for this season includes four goals in the Champions League, one of which came during Leipzig’s 1-0 win at the Tottenham Hotspur Stadium in February.

“The majority of Werner’s goals have come from the central striking position this season, but he is tactically flexible – RB Leipzig have used nine different formations in the Bundesliga this season – and he is also comfortable playing in wide positions, particularly when cutting inside from the left.

“Another factor in Werner’s favour is his age. The forward has already amassed closed to 300 senior appearances since making his professional debut for Stuttgart in 2013, but he only turned 24 last month.”