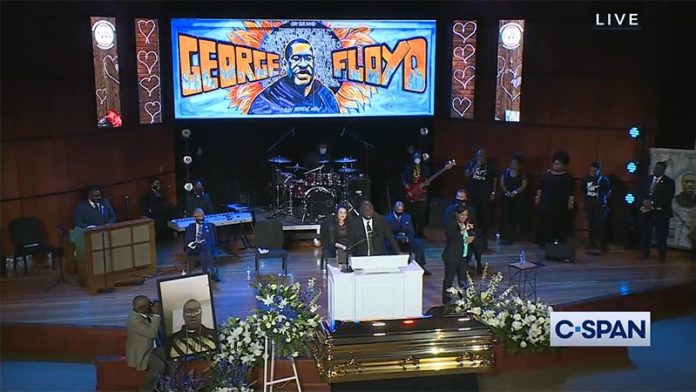 According to Deadline, five of AMC’s national networks plan on going dark in tribute during George Floyd’s memorial service. The networks include AMC, IFC We TV, BBC America, and SundanceTV.

Each network will go dark for 8 minutes and 46 seconds beginning at 3:45 PM ET/12:45 PM CT, who marks the amount of time former Minneapolis police officer Derek Chauvin pinned Floyd to the ground with his knee on his neck resulting in Floyd’s death.

AMC made the announcement following the NAACP’s call to observe a moment of silence for Floyd. ViacomCBS’s entertainment brands and platforms went dark for the same amount of time earlier this week, as well as many broadcast networks the UK, in a tribute to Floyd as well as other victims of racism and police brutality including Ahmaud Arbery, Breonna Taylor, and countless others.

Tomorrow at 3:45 PM ET, join us in observing a moment of silence for 8 minutes and 46 seconds. If you can, stop everything, and take those moments to honor the life of George Floyd.#WeAreDoneDying pic.twitter.com/xU1xsIcb1U

Additional memorial services for Floyd will also be held at 3 PM ET Saturday at Cape Fear Conference B Headquarters in Raeford, North Carolina at 2 PM ET, and at 1 PM ET Tuesday at Fountains of Praise in Houston. Former Vice President Joe Biden is expected to be in attendance.