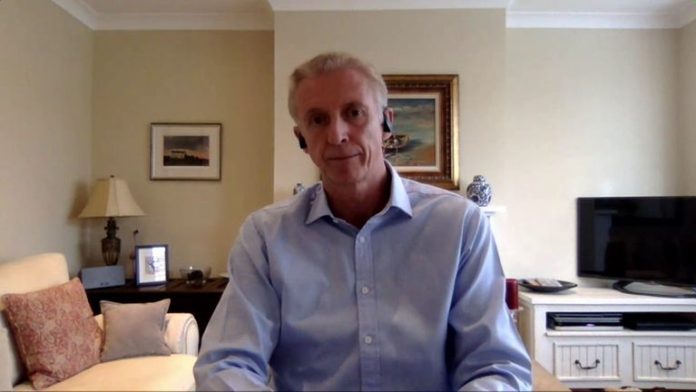 “The West Indies are the first team to arrive here but, at the same time, we hope to have Australia, Pakistan and Ireland come this summer”

The use of ‘COVID replacement’ substitutes is being discussed ahead of England’s Test series against West Indies, with ECB director of special projects Steve Elworthy hopeful they will be allowed.

The West Indies are sending a 25-man group to England – including a 14-man squad and 11 reserves, with three players opting not to travel – for the three-Test series starting July 8, which will be played behind closed doors in a ‘bio-secure’ environment.

Currently ‘like for like’ substitutes are allowed in Test cricket only in instances of a player suffering from a concussion, but Elworthy told The Cricket Show it’s something the ICC are looking at.

“That replacement would have to be a ‘like for like’ player, if you will. Our on-site COVID medical practitioner and Public Health England would be informed immediately and that player would then be put into isolation for a period of time, based on government guidance and the medical overlay.

“With the testing protocols of getting those players into that [bio-secure] bubble first, you would hope that wouldn’t be a scenario we’d have to deal with. But clearly it is something we are planning for.”

The ECB has been in regular dialogue with the West Indies Cricket Board ahead of their arrival via a chartered flight on Tuesday and Elworthy hopes to persuade Pakistan, Australia and Ireland to follow suit and schedule re-arranged series’ for later in the summer.

“It’s an incredibly challenging but, at the same time, very rewarding project,” Elworthy added. “What we are trying to achieve here is something that has never been done before.

“There has been a huge amount of work done. The West Indies are the first team to arrive here but, at the same time, we hope to have Australia, Pakistan and Ireland come this summer.

“We have been speaking to them, we’ve been in weekly communication with all of them but, in this particular case, more extensively with the West Indies because their Test matches are about five weeks away.

“We’re in a really good place. We’re gearing up for next Tuesday – the chartered flight is due to land – and then it’s all systems go.

“We’re very confident and comfortable with the fact we’ve got a plan in place to deliver these bi-secure matches behind closed doors – in the most safe and secure way.”