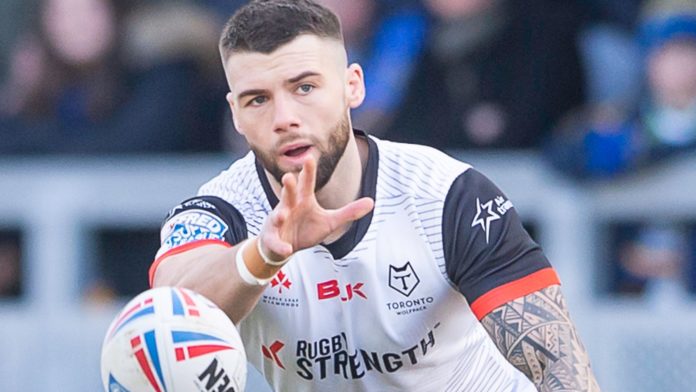 Salford have signed hooker Andy Ackers from Toronto Wolfpack until the end of the 2022 season.

The 26-year-old is reunited with Red Devils head coach Ian Watson after working together at Swinton.

“I’ve really enjoyed playing with Watto before,” said Ackers, who spent two seasons with London Broncos before joining Toronto in 2018.

“He gave me options that suited my style of play. I took no persuading once I knew Salford were interested.

“Now I just can’t wait for us to get playing. I’ve been keeping myself at top fitness during lockdown, for when this season gets back underway.”

Wishing the very best of luck to @AndyAckers9, who has competed a move to @SalfordDevils.

Thanks for all your contributions to the Wolfpack, both on and off the field.👏 pic.twitter.com/GNTvQKwBrQ

“He’s a player who’s coming into his prime and will add a real attacking threat, especially around the ruck, with his speed and skills, while also stiffening us up defensively,” said Watson.

“I’m pleased to have the opportunity to work with Andy again, as myself and Rowls (consultant Paul Rowley) have already had the experience of working with him.

“He made his senior debut at 19 and his energy and sheer determination to be one of the best nines really stands out in the way he competes at training and in games.

“This year, in Super League his performances have gotten stronger every week and Andy will complement the players in our squad, to make us a stronger team.”