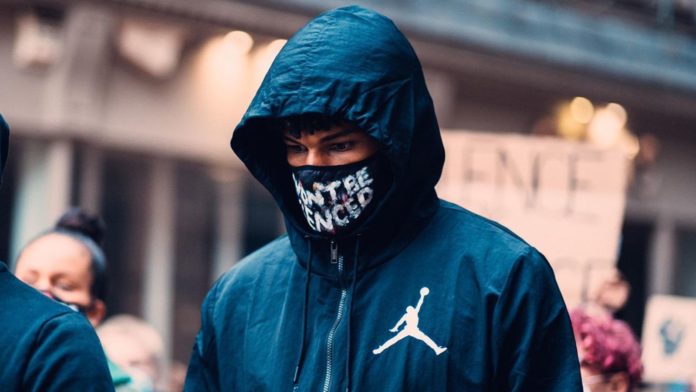 Tyrone Mings showed his support for the Black Lives Matter movement by attending a 4,000-strong protest in Birmingham on Thursday.

The Aston Villa defender, who was in attendance at Victoria Square in Birmingham town centre, was protesting against racial injustice following the death of American George Floyd and other black victims of police violence.

Football and politics have crossed paths in recent days with a number of high-profile players and football clubs coming out with a show of support for the Black Lives Matter movement, following the death of Floyd.

Floyd died on May 25 after a white police officer, who has since been charged with his murder, held him down by pressing a knee into his neck.

Nothing but energy & passion today.
I make no apologies for standing up for what I believe in. pic.twitter.com/QtnGKgIpfE

Mings posted on social media pictures of him attending the protest with the caption: “Nothing but energy & passion today. I make no apologies for standing up for what I believe in.”

West Midlands Police says the protests were peaceful and took place without incident.

“Around 4,000 people took part in a peaceful protest around Birmingham city centre today. The protesters were loud and passionate, and made their voices clearly heard. There were no arrests and no disorder,” a statement read.

This week Premier League clubs including Liverpool, Leicester and Chelsea posted pictures of their squads taking a knee in a show of support to the Black Lives Matter movement.