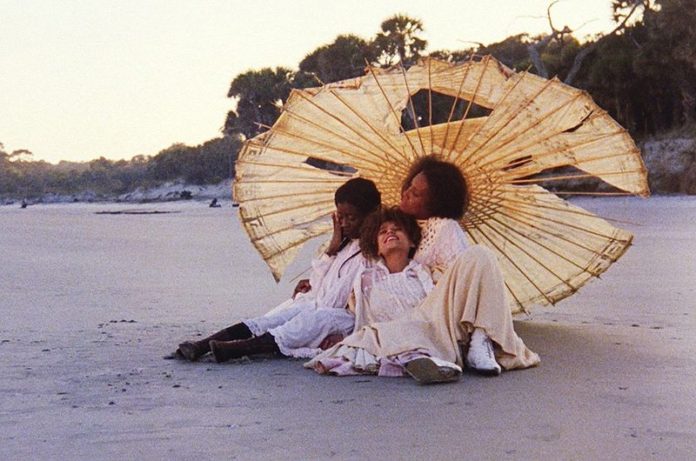 In response to the universal fight against systematic racism and social injustices, the Criterion Collection has announced that a number of classic films from Black filmmakers, who have pioneered the early African-American cinema, will now officially be streaming for free on the Criterion Channel. This is one of the company’s ways of showing support to the Black Lives Matter movement following the unlawful deaths of Ahmaud Arbery, George Floyd, Breonna Taylor and countless innocent lives which have set the whole world in rage and despair. Because of this, people everywhere took to the streets to protest and speak out against police brutality and America’s deep-rooted racism.

In addition, Criterion has also pledged a $25,000 contribution and an ongoing $5,000 monthly commitment which will benefit organizations fighting racism in America including “bail funds, community organizations, legal defense funds, and advocacy groups that address police reform.”

“Black Lives Matter. The anguish and fury unleashed all across the country are rooted in centuries of dehumanization and death,” Criterion said in a statement which you can check out below. “This pattern must stop. We support the protesters who have taken to the streets to demand justice, and we share their hopes. We are committed to fighting systemic racism.”

Here’s the full list of the classic movies that will be available for free without subscription which will also include two movies by modern filmmakers Khalik Allah and Leilah Weinraub as well as documentary portraits of black experience by white filmmakers Les Blank and Shirley Clarke:

Body and Soul – Directed by the legendary African American filmmaker Oscar Micheaux, is a direct critique of the power of the cloth, casting Robeson in dual roles as a jackleg preacher and a well-meaning inventor.

Down in the Delta -The only film directed by the iconic writer, poet, and activist Maya Angelou is a warm, richly evocative celebration of black southern family and resilience. Alfre Woodard delivers a brilliant performance as a floundering, drug-addicted mother living in Chicago whose own mother sends her to stay with an uncle (Al Freeman Jr.) in the Mississippi Delta, where she gradually reconnects with her heritage and discovers strength in her roots.

Daughters of the Dust – Julie Dash’s rapturous vision of black womanhood and vanishing ways of life in the turn-of-the-century South was the first film directed by an African American woman to receive a wide release. In 1902, a multigenerational family in the Gullah community on the Sea Islands off of South Carolina—former West African slaves who carried on many of their ancestors’ Yoruba traditions—struggle to maintain their cultural heritage and folklore while contemplating a migration to the mainland, even further from their roots.

Symbiopsychotaxiplasm Take One – In his one-of-a-kind fiction/documentary hybrid SYMBIOPSYCHOTAXIPLASM TAKE ONE, director William Greaves presides over a beleaguered film crew in New York’s Central Park, leaving them to try to figure out what kind of movie they’re making. A couple enacts a break-up scenario over and over, a documentary crew films a crew filming the crew, locals wander casually into the frame: the project defies easy description

Losing Ground – One of the first feature films directed by an African American woman, Kathleen Collins’s LOSING GROUND tells the story of a marriage between two remarkable people, both at a crossroads in their lives. Sara Rogers (Seret Scott), a black professor of philosophy, is embarking on an intellectual quest to understand “ecstasy” just as her painter husband, Victor (Bill Gunn), sets off on a more earthy exploration of joy.

The Watermelon Woman – Directed by Cheryl Dune, it is a bitingly funny, deeply personal feature debut is a landmark look at the black lesbian experience. The director herself stars as Cheryl, a twenty-something lesbian struggling to make a documentary about Fae Richards, a beautiful and elusive 1930s black film actress popularly known as the Watermelon Woman.

My Brother’s Wedding – Charles Burnett’s second feature is an eye-opening revelation—wise, funny, heartbreaking, and timeless. Pierce Mundy works at his parents’ South Central dry cleaners with no prospects for the future and his childhood buddies in prison or dead. With his best friend just getting out of jail and his brother busy planning a wedding to a snooty upper-middle-class black woman, Pierce navigates his conflicting obligations while trying to figure out what he really wants in life.

The Scar of Shame – Directed by Frank Perugini, when a young woman (Lucia Moses) escapes from her abusive father (William E. Pettus), she is rescued by an aspiring composer (Harry Henderson), but encounters opposition from his class-conscious mother.

Suzanne, Suzanne –  One of the many films that Camille Billops and James Hatch made centering on Billops’s family, SUZANNE, SUZANNE presents a devastating portrait of the artist’s niece, haunted by the abuse she suffered as a child and the passivity of the family members who allowed it to continue.

Black Panthers – Agnès Varda turns her camera on an Oakland demonstration against the imprisonment of activist and Black Panthers cofounder Huey P. Newton. In addition to evincing Varda’s fascination with her adopted surroundings and her empathy, this perceptive short is also a powerful political statement.

Cane River – Written, produced, and directed by the late, trailblazing director Horace B. Jenkins and crafted by an entirely African American cast and crew, this luminous, recently rediscovered landmark of American independent cinema is a charmingly laid-back, socially incisive love story set in the heart of Louisiana. It’s there that a forbidden romance between an aspiring writer (Richard Romain) and an ambitious, college-bound woman (Tommye Myrick) lays bare the tensions between two black communities: the wealthy Creoles and the working-class descendants of slaves.”

And When I Die I Won’t Stay Dead – Billy Woodberry’s first feature since his 1983 LA Rebellion landmark BLESS THEIR LITTLE HEARTS is perhaps the closest we can come to knowing the man and his time. Both dense and nimble in its assemblage of archival footage and photos, interviews with contemporaries, and readings from the likes of Ruby Dee and Ossie Davis, AND WHEN I DIE looks back at a familiar era with new eyes, thanks in no small part to the honest assessment provided by many figures of New York’s Beat generation some half-century removed.”

Black Mother– Directed by Khalik Allah, Part film, part baptism, BLACK MOTHER brings us on a spiritual journey through Jamaica. Soaking up its bustling metropolises and tranquil countryside, director Khalik Allah introduces us to a succession of vividly rendered souls who call this island home.

Shakedown – Charting the eight-year run of Shakedown, a peripatetic black lesbian strip club in Los Angeles, director Leilah Weinraub attempts ‘to portray the before and after of a utopic moment.

A Well-Spent Life – Directed by Les Blank, a deeply moving tribute to the Texas songster, Mance Lipscomb, considered by many to be the greatest guitarist of all time.

Portrait of Jason – On the night of December 2, 1966, Shirley Clarke and a tiny crew convened in her apartment at the Hotel Chelsea to make a film. For twelve straight hours, they filmed the one-and-only Jason Holliday as he spun tales, sang, donned costumes, and reminisced about good times and bad behavior as a gay hustler and aspiring cabaret performer.

Merkel: You can’t fight the pandemic with lies