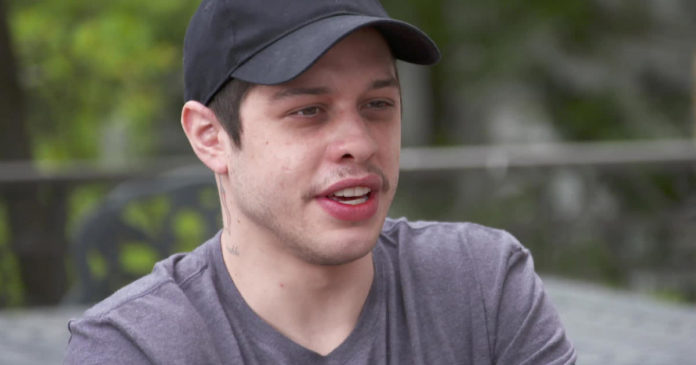 Comic and “Saturday Night Live” star Pete Davidson is known for making himself and his life growing up on Staten Island the subject of his comedy. Davidson mines that story even more in his new film, “The King of Staten Island,” the making of which was a cleansing process, he tells Tony Dokoupil in an interview for “CBS Sunday Morning,” to be broadcast Sunday, June 7.

The film, co-written and directed by Judd Apatow, is three-quarters autobiographical, according to Davidson. It revolves around a drifting twenty-something from Staten Island, who is struggling after his father, a firefighter, dies in the line of duty. Marisa Tomei plays his mom, and Bill Burr plays a firefighter trying to date her.

“I just always wanted to show where I’m coming from,” Davidson told Dokoupil (the co-host of “CBS This Morning”). “Pretty much how a tragedy affects a family. And, I think, there hasn’t been many of those movies that are, like, really honest and transparent.”

Like his character, Davidson grew up in Staten Island and still lives there. Also, his father, a New York City firefighter, died responding to the September 11, 2001 terrorist attacks on the World Trade Center. Comedy, he tells Dokoupil, became a way to cope.

At age 20, Davidson became one of the youngest-ever cast members of “Saturday Night Live.”

“Pete’s just one of those guys – you see him and right away, you think that he’s going to do great things,” said Apatow. “The important thing is that he’s just insanely funny.”

In addition to discussing his childhood and career, Davidson also talks with Dokoupil about some of the darker moments in his life. He has been open about his personal struggles in recent years, including bouts of depression, and he says the film has been “cleansing for me.”

“I got everything I wanted out of it,” Davidson said of the film (which debuts On Demand on June 12). “I made a tribute to my mom and dad. And I got to face, you know, these things I’ve been avoiding for a really long time head-on. And I couldn’t ask for, you know, anything more, really.”

To watch a trailer for “The King of Staten Island” click on the video player below: