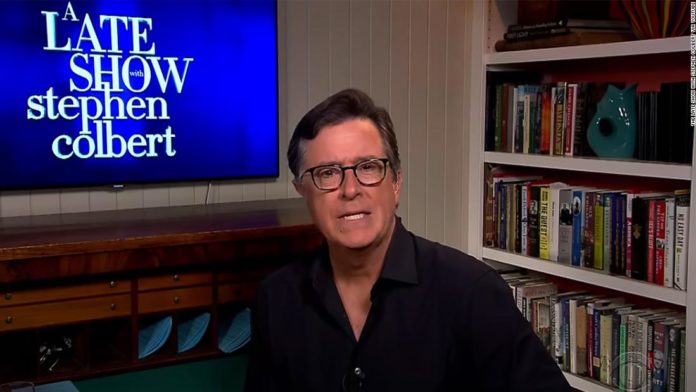 Colbert commented on the use of rubber bullets by law enforcement at some of these events, calling them “more bullet than rubber,” adding that they “maim, blind and even kill.”
“That’s why law enforcement doesn’t call them ‘non-lethal,'” said Colbert. “They call them ‘less-lethal’ ammunition. Less-Lethal Ammunition, from the makers of Arsenic Lite! Most of the poison, none of the guilt,” he said.
Colbert specifically criticized the use of force at a protest outside the White House on Monday.
Thursday’s episode of the “Late Show” also included a solo performance by Brian Wilson of the Beach Boys.
[embedded content]
Wilson, playing his piano at home, performed “God Only Knows.”
“I love you all, love and mercy to you all,” Wilson said at the conclusion of the song.