Home World The Government is Scaling Back Water Quality Protections. These Surfers are Picking...

In 1984, a small group of California surfers were fed up with the development and water pollution at their favorite break, Malibu’s Surfrider Beach. They took their environmental concerns to California State Parks officials — and prevailed. The Surfrider Foundation was born.

Since then, the non-profit has kept its focus on improving coastal water quality. And for more than 25 years now, one of its most successful efforts has been a massive citizen science project called the Blue Water Task Force. It’s the largest volunteer-run beach water testing program in the country.

Every day, pollution from urban and agricultural runoff, sewage, animal waste and industrial discharges threaten water quality at American beaches. These threats result in 20,000 health advisories each year in the U.S. to protect beachgoers from exposure to bacteria and other illness-causing pathogens. The pollution also fuels harmful algal blooms that endanger public health and wreak havoc on coastal ecosystems. 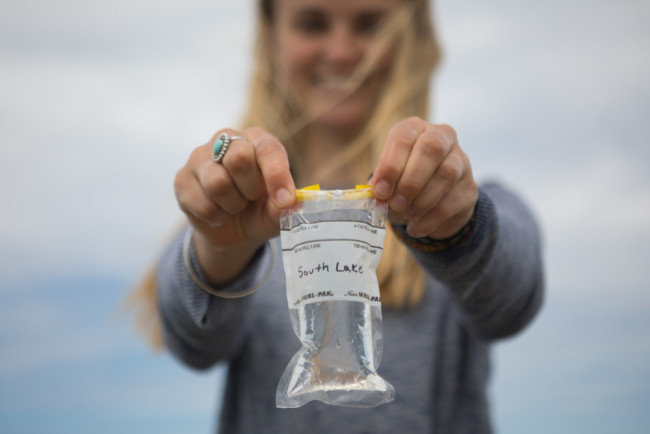 Citizen scientists work with the Blue Water Task Force to collect water samples all along U.S. coasts. Those results are shared with the public, so people know if their local water is safe. (Credit: Surfrider)

Citizen Science on the Coast

Despite these threats, the current federal administration is scaling back funding and enforcement of water quality regulations and programs. Large and sweeping cuts in funding for the Environmental Protection Agency and the National Oceanic and Atmospheric Administration — the federal agencies responsible for protecting clean water and healthy coasts — are also being considered. This includes the proposed total elimination of the BEACH Act, which provides critical support to coastal states to monitor water quality at beaches.

These policy changes have made it more important than ever to have citizen scientists keeping an eye on the nation’s waterways.

In coastal states around the country, Surfrider citizen scientists regularly go out into their communities to test beach water quality. In 2019, the national network saw 54 chapter-led labs measure bacteria levels at more than 450 ocean, bay, estuary and freshwater sampling sites, according to Surfrider’s recently released annual report. Most of the water testing programs are designed to fill in gaps and extend the coverage of state and local agency beach programs.

The test results are compared to water quality standards set to protect public health in recreational waters and are posted on Surfrider’s website, so beachgoers know where it’s safe to surf, swim and play in the water. 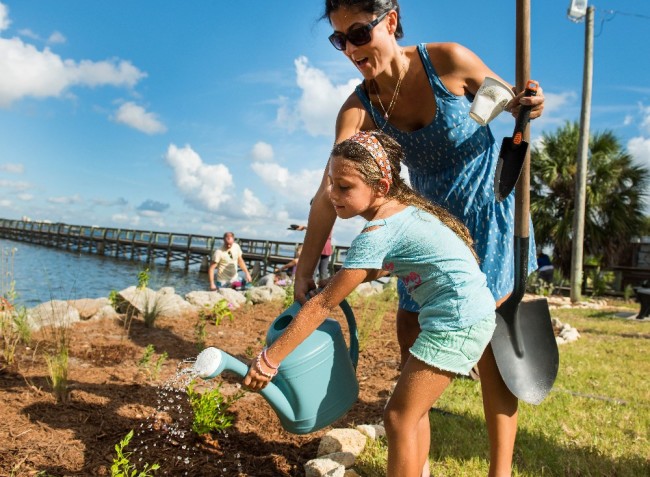 These citizen scientists don’t stop at data collection, either. When test results pick up on long-term or seasonal trends of elevated bacteria levels, the chapters apply their data to build community awareness and motivate local decision-makers to take action and fix the sources of pollution. Surfrider volunteers have successfully advocated for pollution source investigations and sewage and stormwater infrastructure improvement projects in communities from coast-to-coast.

For example, sewage spills have plagued coastal waters across South Florida this past year. During the first week of August 2019, volunteers were out collecting water samples in Miami for their regular weekly sampling run. A sewage line had broken in nearby Biscayne Bay the night before, and the volunteers measured high bacteria levels at nearly all of their Atlantic Ocean beach sites. After reading the results, they decided to resample the next day. Surfrider’s results and a “No Swim” advisory from the city were shared with beachgoers that weekend before the state beach program drew their first samples following the sewage failure.

To best protect yourself and your family’s health, always check local water quality conditions before you head to the beach. All of Surfrider’s water test results are available at Surfrider.org, or you can access your local agency beach advisories at Beachapedia.org.

Citizen science is more important than ever, if you are interested in getting involved, go to scistarter.org to find a project near you.

How Dogs Can Benefit Your Mental Health