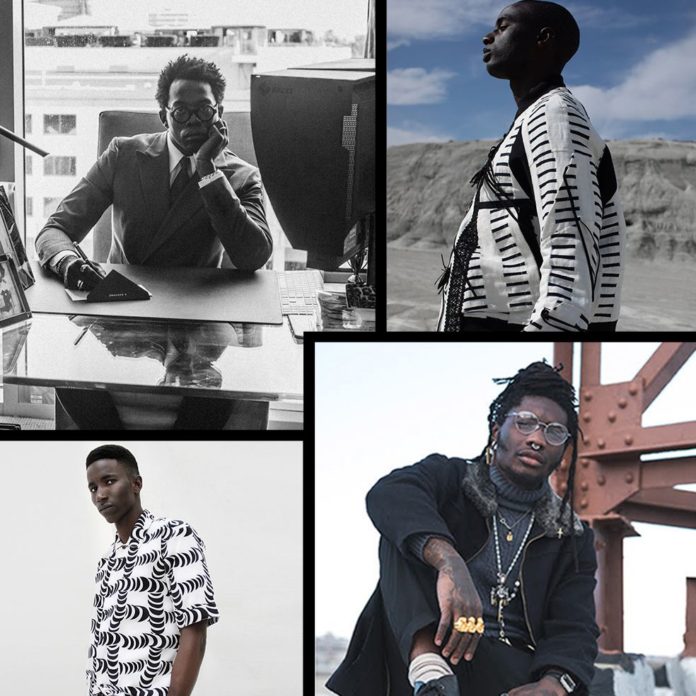 Historically, the fashion industry has been a fickle friend to the black community. Even as the industry borrows freely from the culture, strategically aligning itself with key figures in the community to capitalize on a more recent demand for surface-level diversity, black faces remain conspicuously absent from the boardrooms where decisions are made and the design studios where fashion comes to life.

Over the last few years, cries for a long-overdue assessment of the industry’s inability to make significant inroads when it comes to embracing diversity have reached a fever pitch, especially after egregious incidents in which multiple big brands created (however accidentally) products with clearly racist ry. A lot of (very public) handwringing followed. New initiatives were announced. Committees were convened. But not much is different. The fundamental structure of the fashion industry has stayed the same and systemic change on a broader level remains elusive.

It’s endemic on all of us as consumers, then, to help push for substantive change. In other words, it’s time to put your money where your mouth is. Direct donations are clearly the most effective way to support those who are marching around the world to demand change right now, but ongoing support of black-owned business is an important addition to that—especially in the long term.

This list, which will be updated regularly, is not exhaustive. It is, however, a starting point for those looking to support black-owned menswear businesses fighting for the recognition they deserve from an industry that is still not designed to give it to them. It represents a microcosm of a much larger ecosystem that would benefit greatly from your contributions, now more than ever before. Black lives matter. So do your dollars. If you can spare a few, consider parting with them to support some of the businesses that need it most.

A huge hat tip to the many roundups we referenced to put together this far-from-comprehensive guide. For a list of what else you can do, and what organizations you can donate to, check out our guide here.

Designers Abdul Abasi and Greg Rosborough offer a forward-looking take on cutting-edge tailoring, all made in NYC and informed by their shared experiences working within the upper echelons of the industry.

Former Virgil Abloh mentee Samuel Ross made a name for himself and his label by merging elements of traditional streetwear with technical details and an appreciation for ergonomic design.

ALLCAPS Studio brings its seasoned eye for creative direction to product drops that make good on the studio’s knack for nailing the details by incorporating its signature, graphic-heavy look.

Designed in Senegal, ALLËDJO is a genderless clothing line that uses bold prints and patterns to reference the aesthetic language of West Africa.

You might know Cabral from any of the many, many campaigns he’s fronted, but the model-turned-designer has been making some of the most elegant shoes around for well over a decade.

Sam Lambert and Shaka Maidoh’s line of bright, energetic tailoring blends influences from time spent in Britain with design tropes culled from around the world.

ASHYA is a unisex line that specializes in meticulously assembled everyday (and not-so-everyday) travel accessories like crossbody bags and passport holders.

Sleek, sophisticated tailoring, and its accouterments, of the L.A.-by-way-of London brand led by Adrien Sauvage.

Bianca Saunders’ idiosyncratic take on modern masculinity references her Jamaican background and the guys she grew up around to great effect, often in the form of surprisingly vulnerable collections.

Johnson uses premium fabrics with a decidedly luxe feel to give life to his line of American (via Italy) wardrobe staples.

Bricks & Wood’s location in South Central L.A. is central (pun intended) to the brand’s mission. The area informs the burgeoning label’s designs and serves as inspiration for its cut-and-sew collections.

The Brooklyn Circus has been one of the best boutiques in the NYC area for a while now (and that’s saying something), and the store’s in-house label offers the perfect blend of old-school silhouettes coupled with of-the-moment designs.

Carton is a gender-neutral brand from the West Coast that takes inspiration from current events, literally repurposing recent headlines to use as graphics for its line of politically aware streetwear.

Casely-Hayford started out as a father and son-helmed collection focusing on premium tailoring with a contemporary edge. Though the elder of the two has sadly since passed, the brand continues to build on the legacy they built together under the careful stewardship of the younger Casely-Hayford.

Cool and Casual Studios offers a veritable cornucopia of hard-to-find vintage through its L.A. store and its online shop.

The Brooklyn-based brand manufactures all of its watches in the Basel region of Switzerland, aka one of the most famous watchmaking hubs in the whole damn world.

The Amsterdam-based brand sells a whole host of easy-to-style sets sure to make summer dressing a cinch.

The eponymous debut collection from the former steel worker and railroad engineer elevates elements of blue-collar style in a dusty, muted palette.

The only product currently listed on Death Club’s website says it all.

Fat Tiger Workshop is a Chicago-based multidisciplinary space that stocks a curated selection of in-house product that definitely shouldn’t be slept on.

Jerry Lorenzo’s line of ultra-luxe streetwear staples didn’t just become a celebrity fan favorite, and a global brand, for nothing.

Designer Davidson Petit-Frère makes suiting of the highest order for some of the biggest names in almost every industry (he counts a guy named Jay-Z, among many others, as a client).

Glenn’s Denim is designed and manufactured in New York City by industry veterans with a deep appreciation for, and understanding of, all things Americana.

Golf Wang allows Tyler, the Creator to channels his signature good taste through the medium of highly-coppable clothing collections.

In a short span of time, Preston has evolved his eponymous label into a force to be reckoned with in the ever-expanding world of thoughtfully designed luxury streetwear.

The men behind Ikiré Jones bring a deeply-felt appreciation for African design to regal, expert-level tailoring.

A perennial fashion-crowd favorite, Rose launched her namesake label in 2007 and has since has racked up accolades and award nominations alike.

Master tailor Andrew Ramroop bought Maurice Sedwell from its eponymous founder in the late ’80s and has since established the Savile Row Academy, an initiative intended to attract a more diverse workforce to London’s historic tailoring destination.

One of the London fashion scene’s brightest rising stars, Daley has earned plaudits for his sly subversions of classic British style.

Norwegian Rain makes weather-proof outerwear informed by an appreciation for craftsmanship at the highest level.

Say what you will about him, Virgil Abloh is one of the most influential designers of our time. Off-White’s success is a testament to his sway.

Ozwald Boateng (OBE!) has been breaking down barriers since he first came up on the scene as a mentee of the legendary tailor Tommy Nutter. His store on Savile Row is one of the few black-owned businesses on the street.

Pyer Moss designer Kerby Jean-Raymond has made black identity a central focus of his collections since day one, but it’s his undeniable design talent that consistently makes his shows a standout.

Columbus, Ohio’s very own, Sole Classics stocks an array of hard-to-find kicks and a burgeoning in-house label that can hold its own.

Supervsn Studios is based out of L.A. and sells a mix of graphic-laden hoodies, sweats, and tees.

Telfar has been one of the hottest brands in the business for a minute now, and if it wasn’t on your radar before it should be.

The late, great Nipsey Hussle’s clothing line, still as good as it ever was.

The NYC-based jewelry brand launched by husband and wife duo Kristin and Kofi Essel (shown here) sells gender neutral pieces that are sure to make a statement.

Tongoro’s commitment to Africa-based manufacturing makes it a standout in an industry where that degree of care is far from the norm.

Owner Chris Gibbs has turned his not-so-small boutique into a global brand and one of the best stores in the world.

Western Elders takes inspiration from West African culture and the spirit of New York City by combining the best of both worlds.

Regardless of what you think of the man behind the brand, Yeezy is one of the largest black-owned labels in the industry.