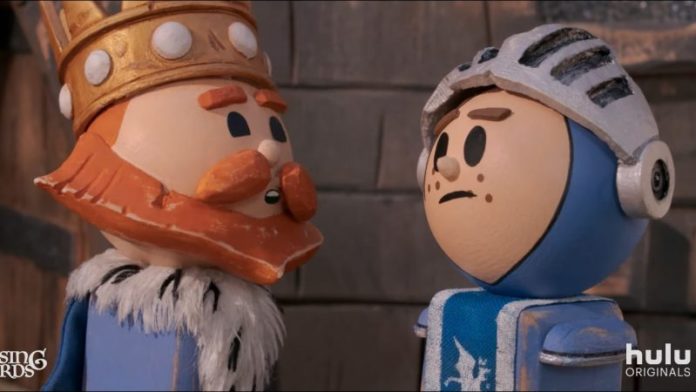 Hulu has released the official trailer for their upcoming adult animated stop-motion series titled Crossing Swords, featuring Nicholas Hoult’s Patrick as he tries to save the kingdom from its corrupt king and criminal siblings. The series will be available for streaming on June 12. Check out the video in the player below!

Crossing Swords is created and executive produced by John Harvatine IV and Tom Root, who are known for their work on long-running stop-motion sketch comedy series Robot Chicken. The series is a production by Stoopid Buddy Stoodios.