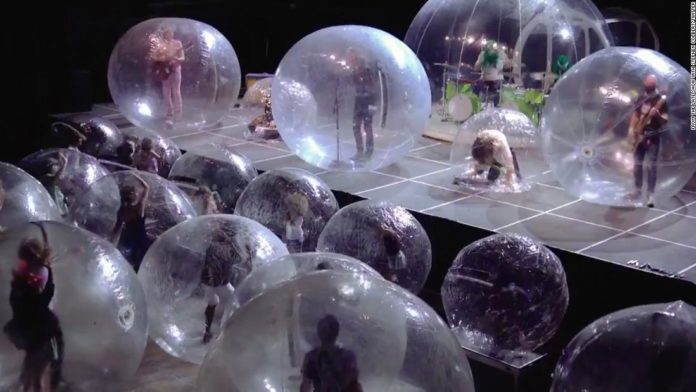 The band performed its 1999 song, “Race for the Prize,” while inside giant bubbles — which happens to be its signature thing but works especially well during a pandemic.
The band performed to a live audience, each person in an individual bubble. And band members took the extra caution of wearing masks and gloves.
The Flaming Lips most recent music video, “Flowers of Neptune 6,” also features the iconic giant bubble. And front man Wayne Coyne often crowd-surfs inside a bubble during concerts.
Coyne last year got married inside, what else, a giant bubble.