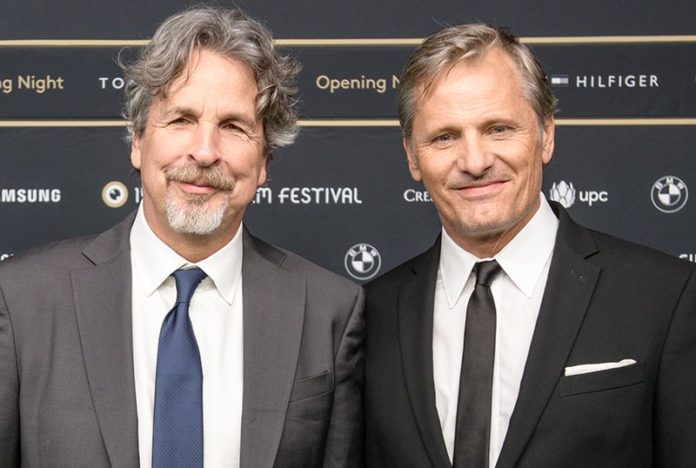 After their last pairing resulted in five Oscar nominations and three wins, Green Book‘s Peter Farrelly and Viggo Mortensen are planning a reunion on a new film at Skydance, in which the 61-year-old actor is in negotiations for a supporting role, according to Variety.

RELATED: The Greatest Beer Run Ever Being Adapted by Peter Farrelly

The Greatest Beer Run Ever adaptation will serve as Farrelly’s next project after his feature Green Book won two Academy Awards, including Best Picture. The novel, set to be published this November and written by Joanna Molloy and John “Chickie Donohue, is a dramedy based on the true tale of Donohue, who in 1967 left New York to track down and share a few beers with his childhood buddies in the Army… while they were fighting in Vietnam.

Farrelly is set to co-write the screenplay alongside Green Book co-scribe Brian Currie and Pete Jones, who the two-time Oscar winner previously worked with on the 2011 modestly successful Hall Pass, which Jones received a story and co-writer credit alongside both Farrelly brothers and Kevin Barnett.

Pre-order your copy of the novel here!

The official book synopsis reads: In 1967, John (Chick) Donohue was a 26-year-old U.S. Marine Corps veteran working as a merchant seaman when he was challenged one night in a New York City bar. The men gathered at this hearth had lost family and friends in the ongoing war in Vietnam. Now, they were seeing protesters turn on the troops. One neighborhood patriot proposed an idea many might deem preposterous: One of them should sneak into Vietnam, track down their buddies in combat, and give each of them messages of support from back home, maybe some laughs — and beer.

Chick volunteered for the mission. He sailed to Vietnam on a cargo ship carrying a backpack full of American beer, landing in Qui Nho’n in 1968. Things went awry when Chick got caught in the Tet Offensive, starting in the early hours as an eyewitness to the battle to retake the U.S. Embassy in Saigon, where he became stuck for months.

Chick Donohue later became legendary as “the sandhog who went to Harvard.” He worked for decades on behalf of New York’s tunnel builders as the legislative and political director of Sandhogs Local 147.

This is the story of his epic beer run to Vietnam, in his own words and in those of the men he found in the war zone.

RELATED: In The Heights: Olga Merediz Cast in Broadway Adaptation