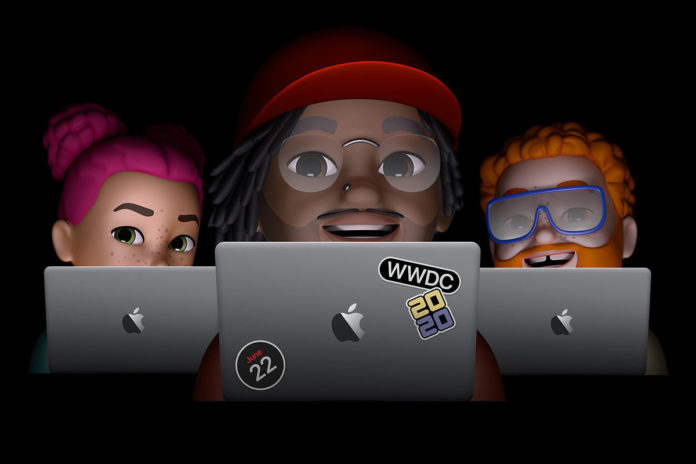 Updated 06/11/20: Apple has released details and a schedule for WWDC, beginning with a special event streamed from Apple Park at 10am Pacific Time on June 22.

Apple doesn’t often participate in big industry-wide events like CES or E3. The most valuable company in the world holds its own events, thank you very much. Several times a year, Apple invites the press and industry professionals out to a theater to hear all about its latest products and services. Apple calls these “Special Events,” and streams them online to its millions of fans.

There’s also WWDC, Apple’s Worldwide Developer Conference, a multi-day event in the middle of the year focused on sessions for developers, helping them make the most out of the latest Apple tools and products. It kicks off with a big keynote that serves to announce new products (typically the latest versions of iOS and macOS, as well as a few hardware products).

Apple usually announces the exact dates of its special events only a couple weeks in advance, but it tends to hold events at similar times from one year to the next. Here’s a list of the events we expect Apple to hold in 2020, and what we expect it to announce there. We’ll update this list throughout the year as we get a clearer picture of when Apple will take the stage and what it will announce.

On June 11, Apple released an official schedule and lineup for the virtual conference. It will begin with a special event keynote that will “stream directly from Apple Park via apple.com, the Apple Developer app, the Apple Developer website, the Apple TV app, and YouTube, and will also be available for on-demand playback after the conclusion of the stream.” The description makes it sound like it will not be a fully live event as in past years, but possibly some combination of live and pre-recorded segments.

Apple typically uses WWDC to announce the new macOS, tvOS, iOS, iPadOS, and watchOS upgrades for the fall. For this year’s WWDC, we expect to hear about iOS and iPadOS 14, tvOS 14, watchOS 7, and macOS 10.16.

WWDC events often (but not always) introduce new hardware, too. We first heard about the new Mac Pro and Pro Display XDR at WWDC in 2019, and the HomePod and iMac Pro were introduced at WWDC in 2017, for example.

We’ve also heard rumors of an iMac with an all new design, a HomePod mini and AirPods Studio.  Any of these products could be revealed at WWDC. We’ve also been hearing for some time about the AirTags item tracking devices as well as rumblings of Apple-made high end over-the-ear wireless headphones. Those may be released before WWDC, at WWDC itself, or later this year.

The big news is rumored to be an announcement that Apple will begin a transition from Intel processors to those of its own design.

For the last eight years, Apple has unveiled the new iPhones during an event held around the second week of September (typically on a Tuesday or Wednesday). The most likely date for the 2020 iPhone event is on September 8 or 9.

There are currently lots of rumors swirling around about the 2020 iPhones, some of them contradictory. It’s expected that at least some of the models will feature 5G connectivity, upgraded cameras with “time of flight” sensors, and that once again the high-end models will have OLED displays while the less expensive model has an LCD. We can certainly expect the new iPhones to have a new A14 processor.

Apple also announced the new Apple Watch at each September event, and we have no reason to believe there won’t be an Apple Watch Series 6 this year.

It’s possible that the September event will be held a little later this year, due to delays caused by the COVID-19 pandemic.

There was no October event in 2019—instead, Apple released products like the AirPods Pro and the 16-inch MacBook Pro directly online with no public event. We may have a better idea of whether Apple will hold an October event or not as the year progresses.

Apple has given out app awards for years, but 2019 was the first time there was an actual ceremony for such. The Best of 2019 app awards were held at small event in New York, with mostly the nominated developers and some press in attendance. It was not streamed online.

Also for the first time in 2019, Apple held an awards ceremony for Apple Music. There was a live-streamed performance by Artist of the Year Billie Elish as part of it, the event as a whole was kept mostly to the music industry.

Now that Apple has set a precedent with such events, it seems likely to continue in 2020. The only question is whether they will continue to be mostly subdued, industry-specific events or whether it will seek a larger audience.