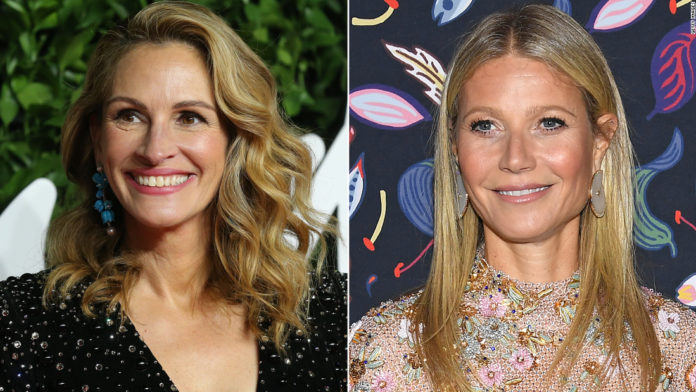 That is part of the mission statement behind the social media campaign #ShareTheMicNow.
On Wednesday, several prominent white women including Julia Roberts, Gwyneth Paltrow, Ashley Judd and Kourtney Kardashian are turning their social media accounts over to black activists, celebrities and content creators for the day.
The Instagram campaign was conceived by Endeavor chief marketing officer Bozoma Saint John, author/podcast host Luvvie Ajayi Jones, author/Together Rising founder Glennon Doyle and Alice + Olivia founder Stacey Bendet.
According to a press release, the campaign seeks “to magnify Black women and the important work that they’re doing in order to catalyze the change that will only come when we truly hear each other’s voices.”
“For far too long, Black women’s voices have gone unheard, even though they’ve been using their voices loudly for centuries to enact change,” the mission statement reads. “Today, more than ever, it is NECESSARY that we create a unifying action to center Black women’s lives, stories, and calls to action. We need to listen to Black women.”
#ShareTheMicNow is the latest attempt to #amplifyblackvoices as the death of George Floyd while in the custody of Minneapolis police has resulted in protests and much conversation about race.

Dolly Parton ‘gets a dose of her own medicine’: Singer is latest celebrity to have COVID jab