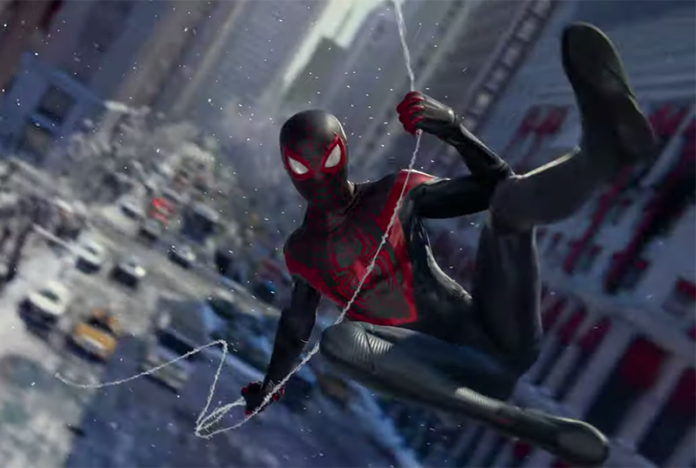 Today marks the highly-anticipated arrival of the PlayStation 5 reveal livestream and amongst all of the exciting new projects unveiled was an announcement trailer for Marvel’s Spider-Man: Miles Morales, Insomniac Games’ follow-up to their smash hit 2018 game! The trailer can be viewed in the player below!

Not many details are currently known regarding the project, other than the focus being given to the latter hero donning the Spider-Man mantle, who was recently brought into the general mainstream spotlight with 2018’s Oscar-winning animated effort Spider-Man: Into the Spider-Verse, which starred Shameik Moore (Dope) in the lead role. Though no gameplay was shown off during the trailer, viewers did get an early look at some of the abilities they will be able to access in the game, including Miles’ electric venom blasts, as well as a dynamic new weather and daylight cycle system not utilized in the first game.

Pick up your copy of the original game here!

The Brian Michael Bendis and Sara Pichelli-created character originally appeared in Insomniac’s 2018 game as a playable character, though it wasn’t until the end of the primary story mode of the game in which Morales was bit by a radioactive spider, therein setting up the long-rumored sequel.

Insomniac’s 2018 game was a surprise smash hit upon release, earning praise for its dynamic narrative and character development alongside its combat and web-swinging traversal mechanics, with only mild criticisms being directed at the open-world design of the game. It was compared favorably to Rocksteady Studios’ Batman: Arkham game series and has been frequently named one of the best superhero games ever made and became one of the fastest-selling games of the year and one of the best-selling PlayStation 4 games of all time.

Marvel’s Spider-Man: Miles Morales is set to hit shelves sometime in holiday 2020, seemingly tied to the release of the new Sony gaming system.