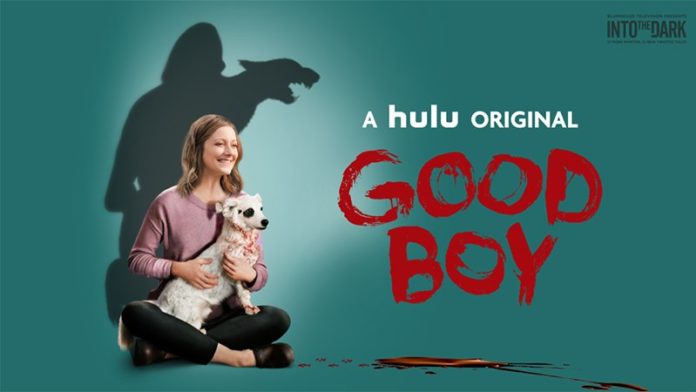 Welcome to Mandatory Streamers, our column covering the best new streaming content coming your way every week! For the week of June 8, the June installment of Into the Dark celebrates Pet Appreciation Week in Good Boy, starring Judy Greer (Halloween Kills). Check out the best shows debuting and returning online this week as well as the latest renewal announcements below, and be sure to visit our mother site Mandatory by clicking here!

Into the Dark: Good Boy Premiere: In the June installment of Into the Dark, Maggie (Greer) gets an emotional support dog to help quell some of her anxiety. Only, she finds him to be even more effective than she could have imagined because, unbeknownst to her, he kills anyone who adds stress to her life. Good Boy will launch on Friday, June 12.

Lenox Hill, Series Premiere: An intimate look at the lives of four doctors — two brain surgeons, an emergency room physician, and a Chief Resident OBGYN — as they navigate the highs and lows of working at the renowned Lenox Hill Hospital in New York City. With extraordinary access and an unflinching eye, the series shows each physician’s struggle to balance their personal and professional lives and delves into each patient’s personal journey. From birth to brain surgery, each case offers a rare inside look at the complex, fascinating, and emotional world of medicine. The series is now streaming on Netflix.

F Is for Family, Season 4 Premiere: While Frank deals with an unwelcome visit from his estranged father, Sue pursues New Age pregnancy support, and the Murphy kids try out new personas. The new season will begin streaming on Friday, June 12.

The Woods, Series Premiere: Based on the novel by Harlan Coben, the police find the bodies of two out of four people who went into the woods and never came during the summer of ’94. Despite passing years Paweł Kopiński (Grzegorz Damięcki), who is Warsaw prosecutor now, never recovered from the loss of his beloved sister. Unexpectedly, he gets a new lead in the investigation, which seems to be related to the disappearance of the girl in 1994. What really happened 25 years ago during the holiday camp? The new series will premiere on Friday, June 12.

Sticks & Stones, Exclusive North American Premiere: Set amid the competitive world of sales, the drama centers on the personal and professional life of Thomas Benson (Nwosu), a hard-working father and husband. Reliant on bonuses and winning pitches, Thomas often finds himself leading the team when trying to secure new business. However, when he freezes during a pitch, the fall out is monumental. Determined to prove himself, Thomas goes to increasingly desperate lengths to remain successful. But, as he does, he begins to feel undermined, under attack, and out of control. Has he lost his confidence and is just being paranoid or is his own team, and maybe the wider world, now out to get him? Blending dark humor with intense drama, Sticks & Stones is a globally relevant exploration of the potential cruelty of commercial competition and its impact on our psychology and humanity. The premiere is now streaming on BritBox.

Hightown, Season 2: Starz has renewed the Monica Ramund-led crime thriller Hightown for a second season after receiving strong reviews from critics and setting a new record for series premiere viewership across their various global platforms! New episodes air every Sunday.

We’re Here, Season 2: HBO has greenlit the docuseries We’re Here for a second season! The first season has amassed highly positive reviews and strong viewership for the cable network. Episodes are available to stream on HBO’s platforms.