Home World The striking portraits that speak to humanity now 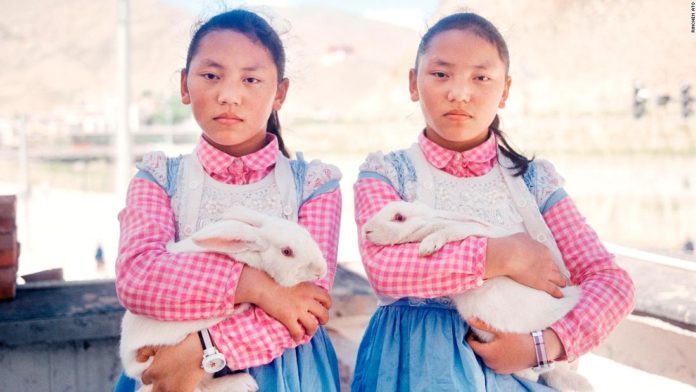 Gemma Padley is a photography writer and editor. The following is an edited excerpt from the book “Portrait of Humanity Vol. 2,” published by Hoxton Mini Press. The book brings together 200 shortlisted images for this year’s Portrait of Humanity award, an annual prize awarded by 1854 Media. All opinions expressed in this article belong to the author.

Whether we are taking the picture, being photographed or looking at an image, photography invites us to pause and think about what makes us human, to celebrate our differences and to remember that we are not that different after all. Looking through the images in the new book “Portrait of Humanity Vol. 2,” it’s heartening to see so many examples of the best of humanity captured through photography’s ever-shifting lens.

The images in this collection whisk us off on a journey through 21st century life where we experience the entire gamut of human emotion and experience. There are displays of courage, love, tenderness, defiance, camaraderie and strength; there is eccentricity, playfulness, loss, companionship, despair, laughter, faith, hope and new life. Each image is like a portal into a world where, for the briefest of moments, we connect with the person or people depicted and share something of their experience in a very visceral, intimate way.

And what sobering experiences they are. Celina lost her family to Ebola and wants to be a doctor so she can help others. She has not been cowed by the disease, rather she defiantly meets our gaze amid the ramshackle surroundings of Magazine Wharf, one of the largest slums in Sierra Leone’s capital, Freetown.

Elsewhere, Grace has chosen to use alternative therapies to treat her tumor and, like her name, she is the epitome of humility and dignity as she stands submerged in water. Carol Anne Mayer survived a house fire and has rebuilt her life; now she voluntarily counsels burns victims. These women, like many others in the book, have come through or are coping with huge challenges, but they refuse to be beaten. Their remarkable resilience is deeply humbling.

There are the people boldly adapting to a changing world or who keep on keeping on even as their way of life is increasingly threatened. That’s shown by a little girl whose family lives on the remote Arctic Archipelago of Svalbard where the signs of climate emergency are rapid and profound: waters are warming, sea ice is melting. Beneath a threatening sky she plays on a trampoline as any child plays anywhere in the world.

There are those who have found great comfort through photography, such as the mother who took pictures to cope with the challenges of caring for her ailing father and young son, or the photographer who began a portrait project with her mother who has depression.

And there are those who come together for what they believe in and to effect change: the Birmingham swimmers literally standing side by side to protest against the closure of their local swimming pool, or the performance artist-activists at Extinction Rebellion’s “Spring Uprising” in 2019 who use art to confront the seminal issue of our time head-on.

Hope and courage can be found in abundance in these portraits, from Pakistan to Tanzania, Bolivia to Greenland. In times of extreme crisis, art becomes more vital, more necessary, more urgent than ever.

Portrait of Humanity is an annual award organized by 1854 Media. The accompanying book is published by Hoxton Mini Press.