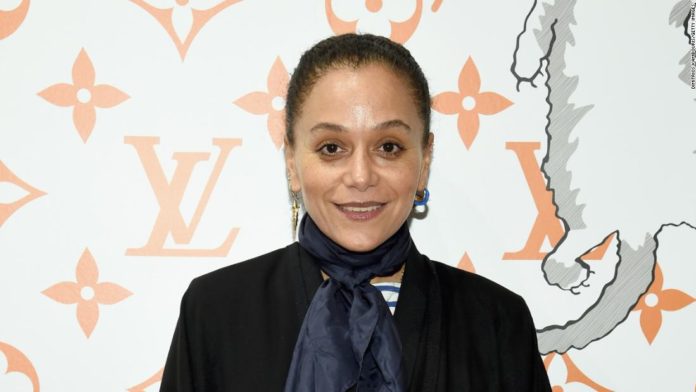 Fashion magazine Harper’s Bazaar has appointed a black editor-in-chief for the first time in its 153-year-history.

Samira Nasr, who most recently was the executive fashion director at Vanity Fair, will head the title’s US edition from next month, publisher Hearst announced Tuesday.

Montreal-born Nasr replaces the magazine’s longstanding editor Glenda Bailey, who announced in January that she was stepping down after almost 19 years at the helm. In a video posted to social media, she described feeling “honored” at being selected for the top job “at this particular moment in our nation’s history.”

“As the proud daughter of a Lebanese father and Trinidadian mother, my worldview is expansive and is anchored in the belief that representation matters,” Nasr said. “My lens by nature is colorful, and so it is important to me to begin a new chapter in Bazaar’s history by shining a light on all individuals who I believe are the inspiring voices of our time.”

The move marks a return to Hearst for Nasr, who previously served as fashion director at another of the company’s titles, Elle. Prior to that, she held a director role at fashion magazine InStyle and started her career as an assistant to Vogue’s former creative director Grace Coddington.

Nasr used the two-minute video to outline her expansive vision for Harper’s Bazaar, which last year had a circulation of around 762,000. Hinting that she may wish to expand the title’s focus, she said she hoped to “reimagine what a fashion magazine can be in today’s world.”

“I believe that Harper’s Bazaar can deliver the best in fashion, all while being a place where community can come together to celebrate art, music, pop culture and also learn about the important issues that we as women are facing today,” she said, “such as the fight for human rights, our reproductive rights and the hurdles that we face as we fight for equity in the workplace.”

Nasr also offered a message of solidarity to the protesters and activists who have taken to the streets across America following the death of George Floyd at the hands of Minneapolis police.

“I see you, I thank you and I hope we can join forces to amplify the message of equality because cause black lives matter,” she said.

In a statement announcing the decision, Hearst president Troy Young said Nasr’s voice will “continue to evolve the brand’s distinct position as a style touchstone for fashion’s most discerning.” Elsewhere, her appointment was welcomed by prominent figures from the media and fashion industries.
“My gurl!” tweeted actress, singer and red-carpet fixture, Janelle Monae, “but damn 153 years though?”
Fashion designer Prabal Gurung wrote: “The kind of good news we all need to hear. Congratulations Samira Nasr @harpersbazaarus you did good!!!”

“She’s an avatar of chic, always ahead of the curve,” Jones wrote in an Instagram caption accompanying a picture of the pair. “I’m so happy for her and her new team. And I’m so glad at this moment in history to see this role go to a woman of color.”
The move comes less than a week after the Hearst announced a fundraising effort for organizations fighting racial injustice. The publisher has said that it will match and double staff contributions up to $500,000.