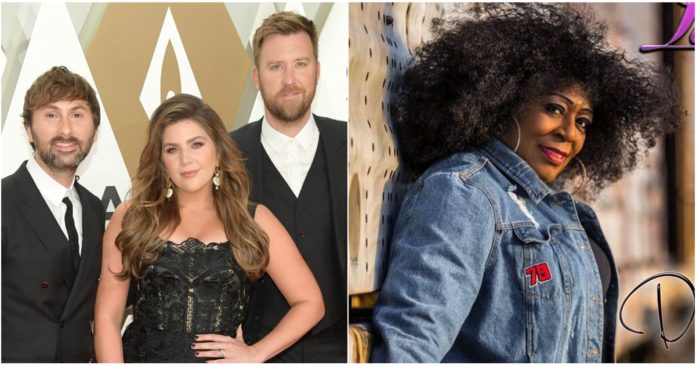 On Thursday, Grammy-winning country group Lady Antebellum announced it was changing its name due to its association with slavery, and would now be known as Lady A. But there’s just one problem: its new name is already taken by another artist.

Anita White, a 61-year-old African American blues singer from Seattle, has been performing under the name Lady A for decades. According to her website, she’s been performing since the 1980s and released several albums, including one this year.

White told Rolling Stone that representatives from Lady Antebellum did not reach out to her prior to announcing their name change. She noted how ironic it is for a band to use the name of a black performer as it attempts to show support racial equality.

“This is my life. Lady A is my brand, I’ve used it for over 20 years, and I’m proud of what I’ve done,” White said in the interview. “This is too much right now. They’re using the name because of a Black Lives Matter incident that, for them, is just a moment in time. If it mattered, it would have mattered to them before. It shouldn’t have taken George Floyd to die for them to realize that their name had a slave reference to it.”

White was shocked that the band’s team failed to research the name before announcing the change.

“It’s an opportunity for them to pretend they’re not racist or pretend this means something to them,” she said. “If it did, they would’ve done some research. And I’m not happy about that. [Rolling Stone] found me on Spotify easily — why couldn’t they?”

Representatives for the band did not immediately respond to CBS News’ request for comment.

White made it clear on Instagram that she will fight to keep her name.

“How can you say Black Lives Matter and put your knee on the neck of another Black artist?” She wrote. “I’m not mad..I am however not giving up my name, my brand I worked hard for.”

White told Rolling Stone that she holds a business trademark for Lady A LLC — and she plans to speak with a lawyer next week.

“For them to not even reach out is pure privilege,” White said. “I’m not going to lay down and let this happen to me. But now the burden of proof is on me to prove that my name is in fact mine, and I don’t even know how much I’ll have to spend to keep it.”

Lady Antebellum, which formed in 2006, said Thursday that it is changing its name to Lady A, a “nickname” used by fans for years, and admitted being “regretful and embarrassed” that it had failed to consider the implications of romanticizing the pre-Civil War era.

The band has already changed its social media profiles, Apple Music and Spotify accounts to reflect the name change.

“When we set out together almost 14 years ago, we named our band after the Southern ‘antebellum’ style home where we took our first photos,” the band said in a statement. “As musicians, it reminded us of all the music born in the South that influenced us…Southern Rock, Blues, R&B, Gospel and of course Country. But we are regretful and embarrassed to say that we did not take into account the associations that weigh down this word referring to the period of history before the Civil War, which includes slavery.”