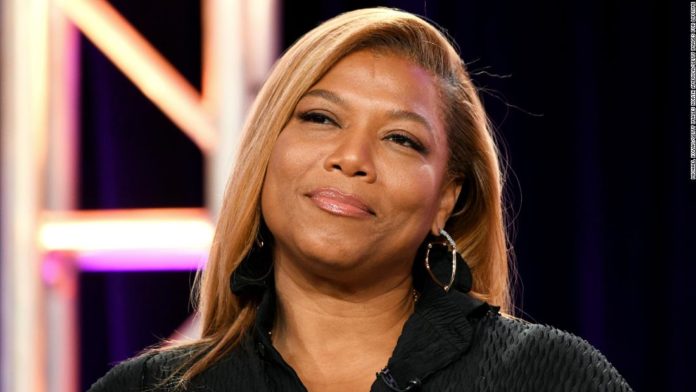 That’s why she founded the Queen Collective, a film mentoring and development program for women of color. Latifah selected three directors this year from Tribeca Studio’s network of aspiring filmmakers and acted as their sounding board as they worked on their respective projects. Filmmakers Samantha Knowles’ “Tangled Roots” and Nadine Natour and Ugonna Okpalaoka’s “Gloves Off” will both air Saturday on BET.
The short films, which tackle discrimination and racism, couldn’t come at a more impactful time, Latifah said in an interview with CNN this week.
“I’m really proud of what we’ve done with the Queen Collective,” she said. “No one could have foreseen that this would be happening at the same time. I just hope we’re able to really make some true change at this point. I want to see that happen in my lifetime.”
Latifah referenced the global outcry following the police killings of George Floyd and Breonna Taylor.
“I’m the daughter of a police officer. My brother was a police officer … and he passed away at 24 when I was 22 in a motorcycle accident, but I know why he joined the police force. He did it to make a difference and at the same time he knew who the bad cops were,” Latifah said. “The police need a way out of their own system. If they can’t do it themselves and they’re trapped in their own cycle of repeating and they can’t get off this hamster wheel of having terrible, racist, dangerous cops and terrible policing tactics, then we need to help them by changing it. If we’ve got to dismantle it, reform it, defund it, whatever those in power are beginning to figure out as a way to change it, they need to do that … because they can’t keep killing us.”
Latifah has spoken out against racism and sexism since she first stepped onto the music scene in the ’80s. She paved the way for the female rappers of today and redefined the industry. She’s gone on to more heights as a singer, producer, songwriter, television host and Oscar-nominated actress, but her professional success has not protected her from discrimination.
“I need to get someone like you to hail me a cab because a cab won’t stop for me,” Latifah said. “Do you know how many times I’ve had to do that? Ask a white person to hail me a cab because it wouldn’t stop for me? It’s that simple, that kind of racism that makes you feel so dejected and feel like damn, you make me feel like so less than.”
She compared the current reckoning with racism to the MeToo movement.
“All it was saying was listen to me. Believe me when I’m telling you this and I think that’s what we’re saying right now, believe me,” Latifah said. “You had to see murders on video in order to believe somebody … something had to burn down for you to pay attention? Nobody wants to see people’s property and things get burned to the ground because you don’t even know who it belongs to. Somebody could have been black and working their whole life to build it. But the system is what needs to be burned down, the system of this is what caused this and caused this eruption and this anger.”
Latifah offered this straight forward advice for those wanting to end systemic racism and effect change.
“Look at the people who work right around you. Start having the conversations. Definitely start educating yourself. Listening to the people around you. If you look around you and everybody is white, that’s a problem and I’m talking about the people in your workplace,” Latifah said. “The people you communicate with. Are ya’ll having conversations about this? Are you dialoguing about it? Are you digging deeper? Are you listening to what people are saying?”
“Just support people,” she added. “Support people who have been disadvantaged and just believe us.”