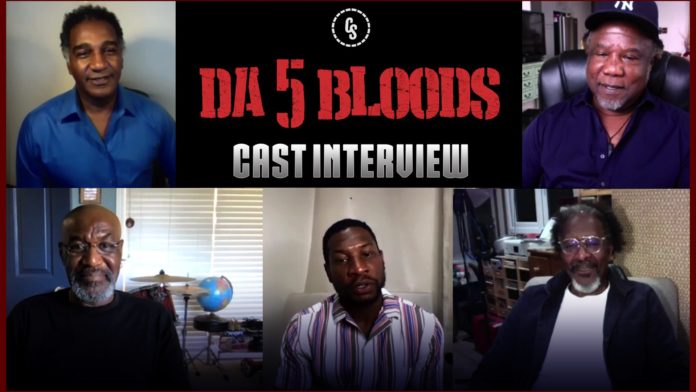 ComingSoon.net got the opportunity to chat with stars Delroy Lindo (The Good Fight), Jonathan Majors (Lovecraft Country), Clarke Peters (His Dark Materials), Isiah Whitlock Jr. (BlacKkKlansman) and Norm Lewis (Mrs. America) to discuss the latest venture from Spike Lee, Da 5 Bloods, which hits Netflix today! The interviews can be viewed in the player below.

Da 5 Bloods follows the story of four African American veterans who return to Vietnam. Searching for the remains of their fallen squad leader and the promise of buried treasure, our heroes battle forces of man and nature – while confronted by the lasting ravages of the immorality of the Vietnam War.

It is directed and produced by Spike Lee, who also co-wrote the screenplay with Kevin Willmott, Danny Bilson and Paul DeMeo. Lloyd and Beatriz Levin will also serve as producers along with Jon Kilik.

The project will mark the fourth collaboration between the streaming service and Lee, who have both worked on the Netflix special Rodney King, time-traveling film See You Yesterday, and the now-canceled comedy-drama series She’s Gotta Have It which was based on Lee’s 1986 film of the same name.