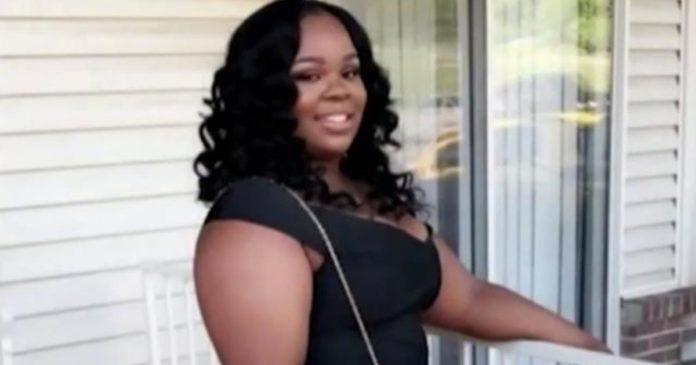 Beyoncé Knowles-Carter posted an open letter on her website Sunday addressed to Kentucky Attorney General Daniel Cameron asking him to bring charges against the police officers who killed Breonna Taylor inside her home. “Three months have passed — and zero arrests have been made, and no officers have been fired,” she wrote.

Taylor, a 26-year-old emergency medical technician, was shot and killed by police during a drug raid on her Louisville home on March 13, but, according to a lawsuit filed by her family, none were found. Officers had used a “no-knock” search warrant, something the Louisville Metro Council on Thursday voted unanimously to ban.

The officers — Jon Mattingly, 47; Myles Cosgrove, 42; and Brett Hankison, 44 — have been placed on administrative reassignment. None of the officers have been charged in Taylor’s death, despite widespread calls from the public to do so. Taylor was shot eight times. Officials have said the officers were not required to wear cameras because they were plain-clothes narcotics officers.

“The LMPD’s investigation was turned over to your office, and yet all of the officers involved in the shooting remain employed by the LMPD,” Beyoncé points out to Cameron. “Sgt. Jonathan Mattingly and Officers Myles Cosgrove and Brett Hankison must be held accountable for their actions.”

Beyoncé said she wants to see justice for Taylor’s family and transparency throughout the investigation.

“Don’t let this case fall into the pattern of no action after a terrible tragedy,” she wrote. “With every death of a black person at the hands of the police, there are two real tragedies: the death itself, and the inaction and delays that follow it. This is your chance to end that pattern. Take swift and decisive action in charging the officers … The next months cannot look like the last three.”

In announcing “Breonna’s Law” on Thursday, Mayor Greg Fischer said the city cannot terminate the officers because the contract between the Fraternal Order of Police and the city stipulates that the officers cannot be fired before the investigation is complete, according to CBS affiliate WLKY.