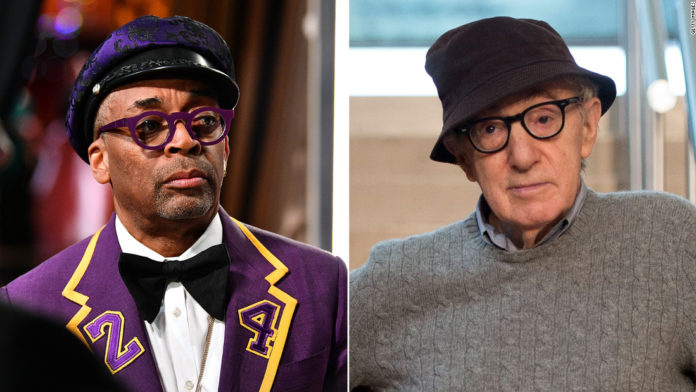 During an interview that aired Friday on New York City’s 710 WOR’s “In the Morning” program, Lee used the example of Allen while talking about the “cancel culture.”
“I’d just like to say Woody Allen is a great, great filmmaker and this cancel thing is not just Woody,” said Lee, who was on the show to promote his new Netflix film “Da 5 Bloods.” “And I think when we look back on it we are going to see that — short of killing somebody — I don’t know that you can just erase somebody like they never existed.”
Lee referred to Allen as “a friend of mine” and “a fellow Knick fan” adding, “So I know he’s going through it right now.”
Allen has been deemed “canceled” because his estranged daughter, Dylan Farrow, 34, has long alleged that he sexually assaulted her in 1992 when she was 7 years old.
Allen has consistently denied the allegation and was not charged. Investigators concluded at the time that Dylan Farrow had not been abused, according to The New York Times, which covered the custody proceedings after Allen filed for custody of his three children with Mia Farrow in 1992.
Lee’s comments were not received well, and the filmmaker took to Twitter to write, “I Deeply Apologize. My Words Were WRONG.”
“I Do Not And Will Not Tolerate Sexual Harassment, Assault Or Violence,” the tweet read. “Such Treatment Causes Real Damage That Can’t Be Minimized.-Truly, Spike Lee.”
In March the publisher Hachette Book Group faced criticism after the announcement that one of its divisions, Grand Central Publishing, would release Allen’s memoir titled “Apropos of Nothing.”
Hachette canceled its plans to publish the book in the wake of backlash, but it was published by Arcade Publishing.