Home Culture Daughter of country singer Hank Williams Jr. dies at 27 in a... 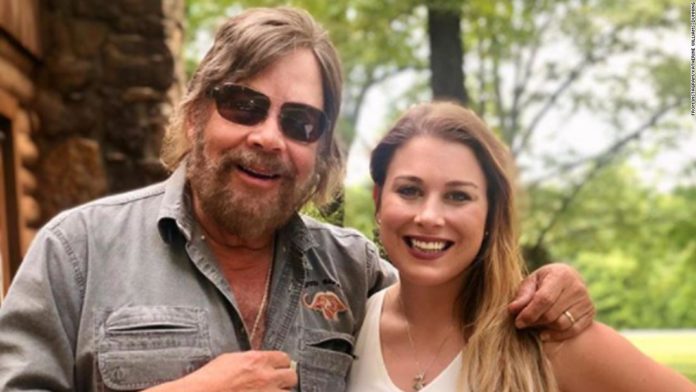 Williams-Dunning was driving a 2007 Chevy Tahoe while towing a boat Saturday night in Henry County, Tennessee, when it crashed, according to Wesley Moster, a spokesman for the state’s Department of Safety & Homeland Security. Her husband, Tyler Dunning, 29, was in the passenger seat.
The SUV, which was traveling south, crossed the dividing median of the highway and began a “rollover sequence,” Moster told CNN in an email. It crossed the northbound lanes and finally came to a stop on the east shoulder of the roadway.
Williams-Dunning was killed while her husband was flown to the hospital. The investigation into the crash is ongoing, Moster said.
The couple married back in October 2015 and had two children, 5-year-old son Beau and 2-year-old daughter Audrey, according to Entertainment Tonight.
Williams-Dunning’s older sister, singer Holly Williams, grieved her sibling’s death in an Instagram post Sunday.
“I have no words. On Friday morning I talked the family into taking this picture and had no idea it would be our last together with my precious little sister Katie. We all went to my great aunts funeral on Thursday whom we all loved dearly, and now we are faced with another one,” Williams wrote. “ALL we need is prayers.”
She added that her brother-in-law, Dunning, was “awake and responding.”
Celebrities, including actor Reese Witherspoon and model Lily Aldridge, commented under her post with their condolences.
“I’m so so sorry. Praying for your family,” Witherspoon wrote.
Williams-Dunning was the youngest of Williams Jr.’s five children. While her siblings pursued their own careers in music, she ran a graphic T-shirt company called Weston Jane, which celebrates women and moms.