Home World Antoine Fuqua to Direct Will Smith in Emancipation 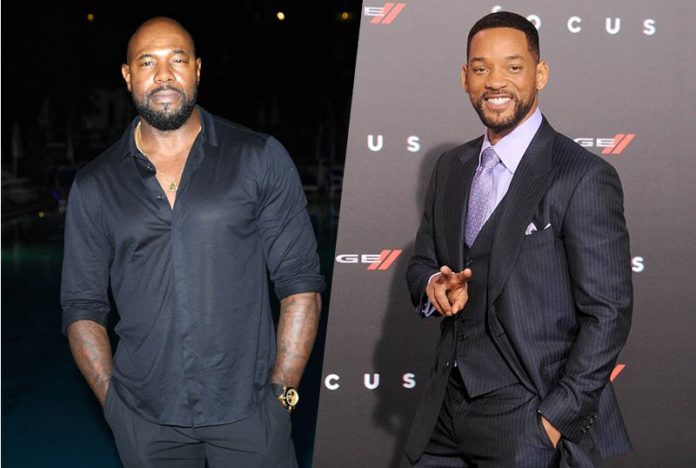 Antoine Fuqua to direct Will Smith in Emancipation

The Cannes virtual market is set to feature a major film package as Deadline has brought word that Antoine Fuqua (The Magnificent Seven, Infinite) is set to direct Will Smith (Suicide Squad, Bad Boys for Life) in the runaway slave thriller Emancipation.

The film will be based on Peter, a runaway slave forced to outwit cold-blooded hunters and the unforgiving swamps of Louisiana on a tortuous journey North to join the Union Army. After showing his bare back during an Army medical examination, photos were taken of the scars from an overseer’s whipping that nearly killed him. When the photo, which became known as “The Scourged Back,” was published by the Independent and Harper’s Weekly in 1863, it proved as the biggest proof of the cruelty of slavery in America.

Penned by William N. Collage, the project will use the true story as a historical background while still serving as an action thriller that focuses on Peter’s death-defying journey to escape his captors, including using onions to mask his scent from bloodhounds and running barefoot through the swamps for 10 days.

“It was the first viral image of the brutality of slavery that the world saw,” Fuqua told Deadline. “Which is interesting, when you put it into perspective with today and social media and what the world is seeing, again. You can’t fix the past, but you can remind people of the past and I think we have to, in an accurate, real way. We all have to look for a brighter future for us all, for everyone. That’s one of the most important reasons to do things right now, is show our history. We have to face our truth before we can move forward.”

Fuqua has been developing the project for quite some time, having first read the script two years ago and feeling it “hit my heart and my soul” and comparing it to the same feelings many are experiencing “in the streets right now.”

“There’s sadness, there’s anger, there’s love, faith and hope as well because of what I see young people doing today,” Fuqua said. “They’re doing all the heavy lifting now. Black, white, brown, yellow, you name it. They’re out in the street, they’re young, and they’re standing up for their future. That’s important to see, and the most hopeful thing that I’m seeing, that they’re not going to stand for it anymore. It hit home, because this is at heart a film about family, about love. Faith, the idea that Peter never gave up and he fought tooth and nail to get back to his family. That is an important story to tell. The slavery and the brutality, most people are familiar with it. People who care to know about it are familiar with it. I found it brutal and I found it entertaining in a way because of the journey it took me on, Peter’s journey. What’s amazing about it is, this is based on fact and deep research.”

RELATED: This Joka: Will Smith to Host Stand-Up Comedy Series for Quibi

With a plot leaning similar to 12 Years a Slave and Apocalypto, Fuqua feels a strong drive to set this film apart from those and that he hasn’t “seen this film, this character before” and that he felt the two-time Oscar nominee was perfect for the role.

“He has all the qualities to do it. He’s at a place in his life where, we know Will’s charming and a talented actor and that he’s physical and we’ve seen him go really deep in other films,” Fuqua said. “When I sat down with Will, we both talked about taking our skill sets to another level for this one, and giving ourselves completely to it in an honest and fair, true way. An actor’s portrayal as close as the film could get to this world. For me, it probably going to be one of the most important films I will make, in my life. That’s how I really feel about it. It sticks with me, I think about it all the time. I’ve been quietly watching the news to see what is going on in the world. I watch, before I speak on a lot of these things. The best weapon I have, and those in our business have, is our art form. We get a chance to entertain, enlighten and educate through our art form. This one says it all. It should be timeless, a film that is more appropriate today than ever before and necessary.”

‘One of a kind’ puppy born with six legs and two...