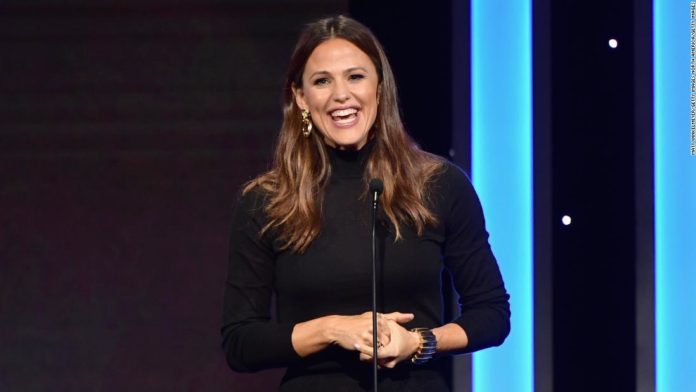 The actress appeared virtually on “The Ellen DeGeneres Show” Monday, where she discussed why she was photographed last month with her cat in a stroller.
Garner explained to DeGeneres that she was wanted to get some fresh air with her kids, Violet, 14, Seraphina, 11, and Samuel, 8.
But one of her daughter’s wasn’t as enthusiastic about it, Garner said.
“One of my kids was not into going for walks and we just had to get out of the house and I said ‘What can we do?,'” Garner said. “‘We have to just commit to going for walks’. And she said, ‘I want to take the cat.'”
So they ordered a cat stroller, which is totally a thing.
“I blame Jessica Seinfeld [comedian Jerry Seinfeld’s wife],” Garner said.
“I want Jessica Seinfeld to know I blame her because she is like a cat lady and all of a sudden now I have a cat and have a cat stroller and I take it for walks,” Garner explained.
She said the cat seems to enjoy the outings.
“I think it’s happy to go out and about,” Garner said.”It’s very titillated by the whole adventure. It’s into it.”