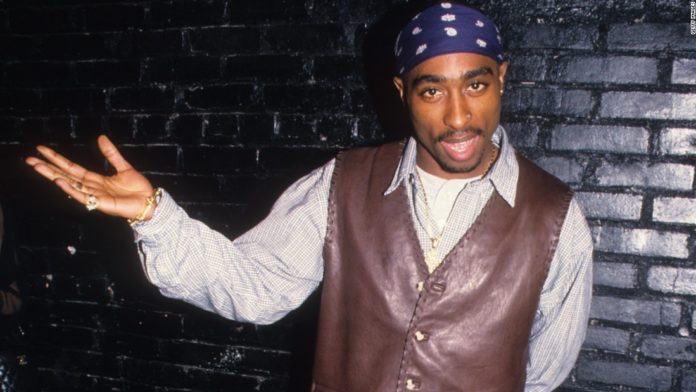 The slain rapper and actor’s career only lasted five years, but some of his music feels current to his fans in many ways.
Shakur released his first studio album, “2Pacalypse Now,” in November 1991. By September 13, 1996, he was dead. He was just 25 when he was gunned down on a Las Vegas street and succumbed to his injuries days later.
Well known for his brushes with the law and his sometimes violent lyrics that often mirrored his real life, Shakur’s songs have been embraced as rebel anthems and he as one of the streets’ greatest poets.
In honor of his birthday, here are a few of his songs that contain lyrics that seem to echo themes now being discussed as Black Lives Matter protests sweep the globe:

This single appeared on the posthumously released 1996 album, “The Don Killuminati: The 7 Day Theory,” and offer’s Shakur’s thoughts on being a minority.
It also offers his apology for the treatment of black women.
“Help me raise my Black nation, reparations are due / It’s true, caught up in this world I took advantage of you,” Shakur raps. “So tell the babies how I love them, precious boys and girls. Born black in this white man’s world.”

‘Holla If Ya Hear Me’

Considered one of the classics in gangsta rap, the song’s street cred bravado urges the listener to “Pump ya fists like this.”
It not only pays homage “To my homies on tha block / Gettin’ dropped by cops,” it also declares, “This ain’t just a rap song / A black song.”
Only Shakur could take a Bruce Hornsby sample and turn it into a street anthem about racism and reconciliation.
“Changes” finds him reflecting: “I see no changes, all I see is racist faces / Misplaced hate makes disgrace to races / We under, I wonder what it takes to make this / One better place, let’s erase the wasted.”
The song featured singer Talent and was the lead single on Shakur’s 1998 “Greatest Hits” album.

‘Keep Ya Head Up’

“Some say the blacker the berry, the sweeter the juice / I say the darker the flesh then the deeper the roots.”
Shakur’s celebration of blackness is also a hopeful tune promising that better days are coming.
And couldn’t we all use a bit of that right now?