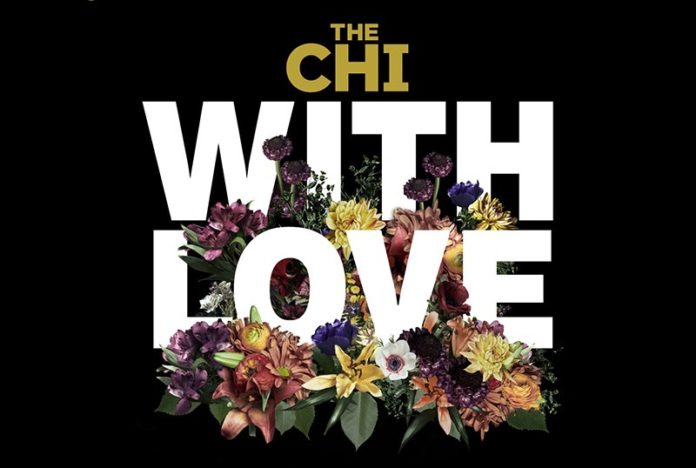 SHOWTIME has announced it will be hosting a virtual concert entitled The Chi With Love dedicated to raising awareness and funds for the Equal Justice Initiative, along with a $500,000 donation by the network and ViacomCBS on behalf of its drama series The Chi.

The one-hour special will feature an appearance by series creator and executive producer Lena Waithe and a headlining performance by Oscar and Grammy Award winner Common, who also executive produces the series, along with notable Chicago-based artists and series cast members. The event, which will air on the series’ YouTube page on Sunday, June 21 at 7 p.m. EST, ahead of the drama’s on-air season premiere that evening at 9 p.m., will transform each artist’s “from home” performance into a unique concert experience.

“In this moment and always, SHOWTIME has a responsibility to support the change our country so sorely needs,” Michael Engelman, Chief Marketing Officer, Showtime Networks, Inc., said in a statement. “We’re proud to stand with Lena and Common as storytellers and as activists as we present an evening of music, joy and reflection. Inspired by all the artists involved, it’s our hope that The Chi With Love will be just one of many catalysts designed to inspire togetherness and action.”

Performers confirmed for The Chi With Love include Common, series star Jacob Latimore and hometown favorites Twista, Ravyn Lenae, Jamila Woods, BJ The Chicago Kid and MFnMelo. SHOWTIME will also release the season three premiere of The Chi early for free online sampling, on streaming platforms and on demand. The premiere episode will be available on Friday, June 19 at 12:01 a.m. EST for free on YouTube and SHO.com.

“The Chi has always been a show about celebrating black life and black love even in the midst of tragedy,” Waithe said in a statement. “Now is a time for us to uplift black artists. This virtual concert not only celebrates black music, but it celebrates the beautiful black people of Chicago. This is from us, with love.”

Produced entirely in its namesake city, season three of The Chi finds a maturing Emmett (Jacob Latimore) trying to alter the way his mother Jada (Yolonda Ross) sees him, going from unmotivated teen to full-fledged businessman. But Jada has her sights set on her own next chapter. A fledgling Ronnie (Ntare Guma Mbaho Mwine) is unsure of his life’s purpose but hoping it’s not too late to transform himself. Kevin (Alex Hibbert), Kiesha (Birgundi Baker) and their newlywed mothers Nina (Tyla Abercrumbie) and Dre (Miriam A. Hyman) undergo a seismic shift in their family. Jake (Michael V. Epps) finds himself in a tug-of-war between his estranged brother, Trig (Luke James), and his powerful new father-figure, Douda (Curtiss Cook), while Papa (Shamon Brown Jr.) finds love in an unlikely place.

The Equal Justice Initiative is committed to ending mass incarceration and excessive punishment in the United States, to challenging racial and economic injustice, and to protecting basic human rights for the most vulnerable people in American society. EJI provides legal representation to people who have been illegally convicted, unfairly sentenced, or abused in state jails and prisons.  EJI also seeks to change the narrative about race in America and believes that to overcome racial inequality and reform our criminal justice system, we must confront our history.