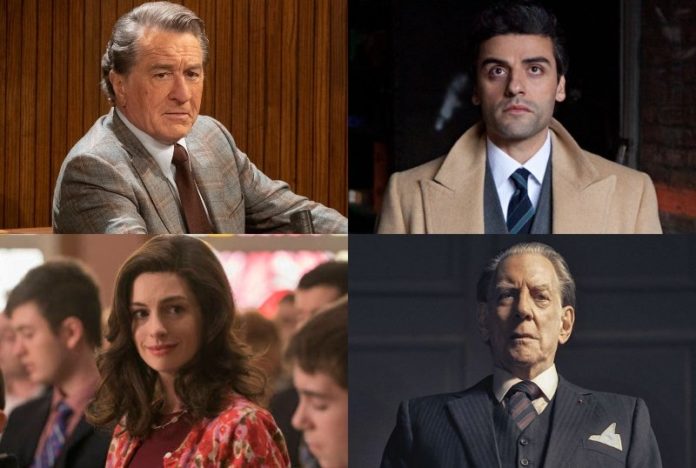 A little over a year after RT Features acquired the project, James Gray’s follow-up to his Oscar-nominated hit Ad Astra, Armageddon Time, has begun expanding its cast with Robert De Niro (Joker), Oscar Isaac (Dune), Anne Hathaway (The Hustle) and Donald Sutherland (Trust) all joining, according to Deadline.

The film, which Gray wrote and is directing, is loosely based on his childhood memories and will be a coming-of-age story exploring friendship and loyalty against the historical backdrop of Ronald Reagan’s presidential election. The production is expected to be a departure in style from his past few films, with the director hoping to shoot in New York after the global pandemic.

“Every film you make is different, but I’m trying to do something that is the opposite of the vast, lonely and dark void of the movie I just directed,” Gray said. “I’m anxious to make something that is very much about people, about human emotions and interactions between people, and I want it to be filled with warmth and tenderness. In some sense, yes it’s about my childhood, but an illustration of familial love really on every level. I’m of the belief that most people do their best and that they try their best under difficult circumstances and in some sense that’s a beautiful thing and very moving to me.”

The 51-year-old writer/director discussed that previous reports about the project noting that the private school Gray attended once saw Donald Trump as a student, calling it “symbolic about what the school represented at the time” and show its “white protestant ethic.”

“I found it very foreign to me, a product of the public school system in New York City of the ‘70s,” Gray said. “It’s about that transition and how it reflects on what the American society was and sadly still is. How we are separated along the lines of class and ethnicity. The film is really about that, my transition in school from one to the other. The implications of it are quite large. The world really became clearly divided to me, based on the haves and the have-nots. I didn’t write the script last week, but rather many months ago and it’s weird in that a lot of what we’re seeing right now is playing out of many of the themes that it was my ambition to explore in the first place. This obsession I have with examining American ideas of class mobility, to do it in a context that is humane with social impact.”

The film, which is being produced by RT Features’ Rodrigo Teixeira and executive produced by Lourenço Sant’Anna and Rodrigo Gutierrez, will be introduced to the upcoming virtual Cannes market by Wild Bunch International and CAA Media Finance representing the film’s domestic distribution rights.

The film will not only be a reunion between Gray and RT Features after Ad Astra, but will also be a reunion for stars De Niro and Hathaway after starring together in the Nancy Meyers written/directed comedy The Intern, Sutherland and De Niro after both 1900 and Backdraft and Hathaway and previously cast Cate Blanchett after Ocean’s 8.