Home World How the ‘Concordski’ crashed and burned 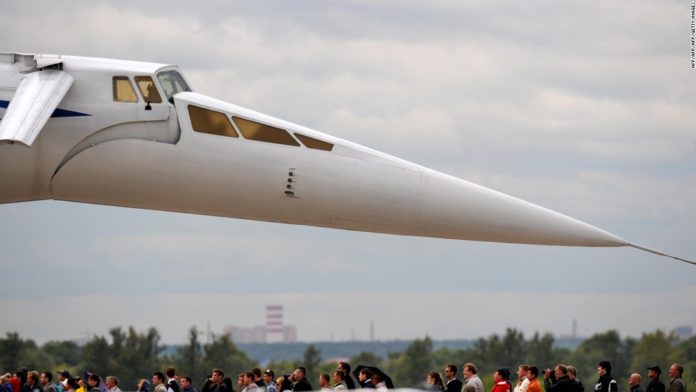 When the Soviet rival to Concorde made its first foreign appearance at the Paris Air Show in 1971, everyone was impressed. In the heated race to develop a supersonic passenger jet, it was the USSR who got off to a head start.

French President Georges Pompidou, foregoing nationalism, called it “a beautiful plane.” The makers of Concorde itself conceded that it was “quieter and cleaner.”

The Tupolev Tu-144 looked very similar to its Anglo-French competitor — which inevitably earned it the nickname “Concordski” — but it was somewhat more exotic and mysterious. And the Soviets’ track record in aerospace demanded respect: that same year, they had achieved the first probe-landing on Mars and launched the first space station. They seemed perfectly positioned to beat the West on supersonic passenger travel.

Instead, through a mix of shortcomings and bad luck, the Concordski would soon turn into one of civil aviation’s biggest failures.

The race for supersonic flight

Although it’s Concorde that earned a place in history, the lesser known Tu-144 beat it to the skies twice: it had its maiden flight on Dec. 31, 1968 — two months before Concorde — and then achieved its first supersonic flight in June 1969, beating the competition by four months.

These were no small victories. The Americans were out of the supersonic race (Congress had canceled funding to a similar Boeing project in 1971), but the program was still a badge of honor for the Soviet Union.

Every effort was made to outshine Concorde: “Development started in the midst of a rivalry between two political systems,” Ilya Grinberg, a Soviet aviation expert and engineering professor at Buffalo State University, said in an email. “Expectations were high. The entire USSR was extremely proud of the Tu-144, and the Soviet people had no doubt that it was better than Concorde. And it was so pretty!”

Both planes were clearly ahead of their time, as civil aviation had barely just transitioned from props to jets. But their striking similarities have long fueled spy stories: “The design of the Tupolev was not a result of espionage. Although they look alike, they are rather different planes with many different aspects. External similarities are based on functional criteria and required parameters. But it is certainly possible that familiarity with the outlines of Concorde could have influenced some conceptual decisions,” said Grinberg.

The Tupolev was slightly bigger and faster than Concorde, but its most distinctive feature was a pair of “canards” or winglets right behind the cockpit, which provided extra lift and improved handling at low speeds.

A crash over Paris

After stealing the show at the biggest event in the aviation industry in 1971, the Tu-144 did it again in 1973, but due to tragedy rather than triumph.

The rivals were once again squaring off. Concorde completed its demonstration first, without a hitch, but the Tupolev put on a far more audacious show, with twists and turns that proved to be fatal: the aircraft broke up in midair and crashed into the village of Goussainville, killing six on board and eight on the ground.

The ill-fated TU-144 shortly before it exploded and crashed. Credit: Keystone/Hulton Archive/Getty Images

An outlandish conspiracy theory claims the Tupolev crashed to avoid collision with a french Mirage fighter that was trying to photograph it, but Grinberg is quick to dismiss it: “The Mirage had nothing to do with that crash. It was just speculation to divert attention from the real cause, which was drastic maneuvering of the Tu-144 that exceeded allowable stress limits.”
Footage of the crash shows the Tupolev going into a nosedive, presumably to reignite the engines after they had flamed out. Under too much pressure, the wings broke off.

“The pilots attempted to impress the public and the world’s press, to show that the Soviet plane could be ‘sexier’ than the more conservative display of Concorde. That’s quite clear from the footage.”

That was the start of a downward spiral from which the Tu-144 never recovered. The Paris crash delayed the Soviet program by four years, allowing Concorde to enter service first. But it didn’t entirely convince the Soviets that the plane needed more testing.

“Political priorities to overcome the West, no matter what, obviously played a negative role, as they favored rushing over proper scheduling in a highly challenging and complicated field,” said Grinberg.

When it finally started flying passengers in 1977, the Tu-144 turned out to be cramped, prone to breaking and unbearably noisy because — unlike Concorde — it could only sustain supersonic speeds using afterburners, like military aircraft: “A flight on the Tu-144 was not for those with sensitive hearing” Jonathan Glancey wrote in his book “Concorde.”

The cabin of a Tu-144. Credit: Miroslav Zaj/CORBIS/Corbis via Getty Images

Aeroflot used the Tu-144 to serve the rather obscure two-hour route between Moscow and Alma Ata (now Almaty), then capital of Kazakhstan, chosen because it passed over sparsely populated areas. But the weekly flights were mostly half-empty and the plane ended up transporting more cargo and mail than people. The service was canceled after six months.
In its short life as a passenger plane — only 55 return flights — the Tu-144 suffered hundreds of failures, many of them inflight, ranging from depressurization to engine failure to blaring alarms that couldn’t be switched off. All sorts of stories have surfaced over the years about the plane’s woes, including reports that passengers had to communicate through written notes because of the deafening noise. Perhaps more tellingly, each flight from Moscow could only depart after the aircraft had been personally inspected by the plane’s designer, Alexei Tupolev himself.

“The country as a whole was not ready to deploy planes like this. It had teething problems, it was not economical, and ultimately there was no real need for high-speed passenger transportation,” said Grinberg.

The end of an era

The Tu-144 was already on its way out when another fatal crash happened. On May 23, 1978, one caught fire near Moscow and made an emergency landing during which two flight engineers were killed. Although the accident prompted a complete ban on passenger flights, the real reason for the plane’s demise lay elsewhere.

“It was loss of interest in the program by the Soviet leadership as well as Aeroflot top brass. They’ve had enough of the headaches associated with this highly complex program. There were no real economic incentives to use it in the Soviet domestic markets,” said Grinberg.

Over the next few years, without much fanfare, the plane was quietly retired and production of new aircraft was stopped. The program was finally grounded in 1984. In total, just 17 Tu-144s were produced, including prototypes. Most were scrapped, but a few are on display in aviation museums in Russia and Germany.
The very last flight of the Tu-144 happened in 1999, thanks to NASA, which sponsored a three-year joint US-Russian research program on supersonic flight. The aircraft used was the last Tu-144 ever built, which had logged just 82 flight hours. It was flown 27 times near Moscow before the program was canned due to lack of funds.

The Tu-144LL supersonic flying laboratory at the Zhukovsky Air Development Center near Moscow in 1997. Credit: NASA

Tupolev briefly tinkered with the idea of a successor, called Tu-244, but never actually built one. Concorde itself last flew in 2003, but it was doomed since its only fatal accident in 2000, which killed 113 near Paris — not far from where the first Tu-144 crashed in 1973.

Many other supersonic planes have been proposed since, but none have made it to production. “I do not foresee one anytime soon. In the age of Internet and real-time video conferences there is no need for high-speed transportation for business purposes,” said Grinberg.

“It is a pity that the Tu-144 and Concorde have left the skies. Despite economic constraints and notwithstanding basic necessities, people need a dream, such as traveling at supersonic speed in comfort. Not the worst dream to have, I suppose.”