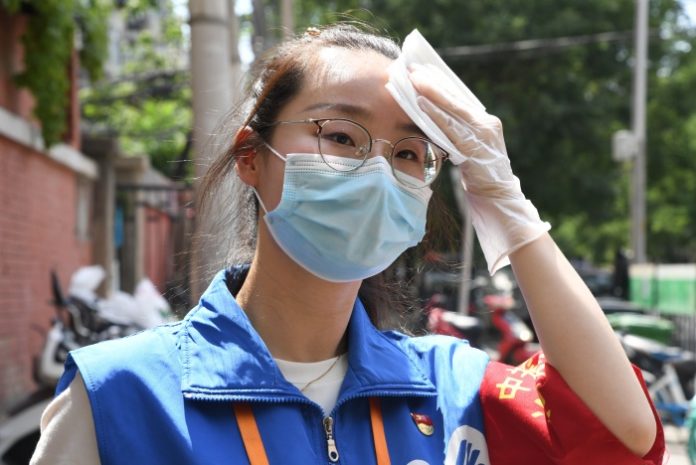 More than 1,200 flights have been cancelled in Beijing as the Chinese capital locks down in response to a new outbreak of Covid-19.

Railway services have been also been reduced until at least July 9th.

The moves come as 31 cases were reported today, bringing the total to 137 in the past week.

Before the recent spike, the Chinese capital had gone 57 days without a locally-transmitted case.

The outbreak is believed to have started in the massive Xinfandi food market that supplies 80 per cent meat and vegetables in the city.

Millions of people in Beijing are now living under renewed restrictions as a result.

Residents in medium or high-risk areas cannot leave the city.

People in low-risk areas can leave, but need to test negative first.

However, roads are open, and companies and factories can still work.