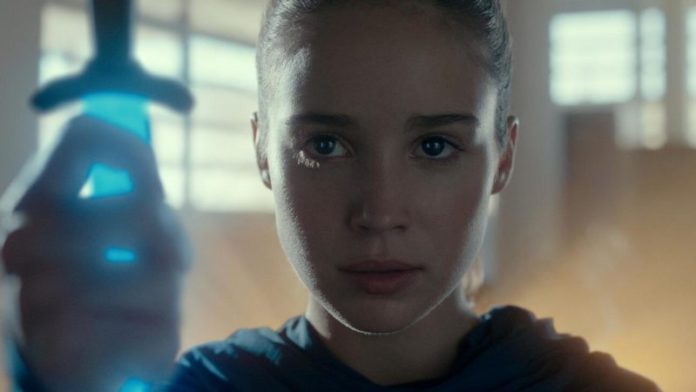 Netflix has released the official trailer for their upcoming series adaptation of Warrior Nun, introducing us to a group of badass demon-hunting nuns that will be led by a 19-year-old girl named Ava. Based on Ben Dunn’s manga-style graphic novel series of the same name, the 10-episode first season will be available for streaming on Thursday, July 2. Check out the video in the player below!

RELATED: The Witcher Showrunner Teases the Arrival of Vesemir in Season 2

In Warrrior Nun, caught in the middle of an ancient war between good and evil, a young girl wakes up in a morgue with a new lease on life and a divine artifact embedded in her back. which grants her inexplicable powers. Her search for answers brings her to The Order of the Cruciform Sword, a secret society of warrior nuns sworn to protect the world from evil. While juggling her responsibilities as the chosen one with the normal obstacles of a teenage girl, this mysterious fantasy drama is full of mystery, action, adventure, and teenage romance, proving our main character might fight in the name of good, but she’s no angel.

The Warrior Nun series is created by Simon Barry, who also serves a writer, showrunner, and executive producer. Amy Berg (Counterpart) is consulting producer with Terri Hughes Burton (The 100) serving as co-executive producer.

Warrior Nun Areala was first published in 1994 by Antarctic Press and has already spawn 17 series including The Crimson Nun, Areala: Angel of War, and the most recent one No Justice for Innocents which was released in 2002.

Reese’s is launching a peanut butter cup with no chocolate

Saxon Hotel to reopen in South Africa in May

Reese’s is launching a peanut butter cup with no chocolate