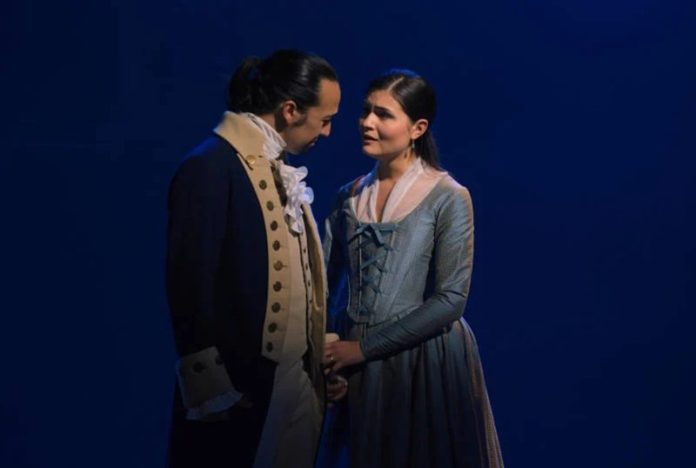 Disney+ has revealed the full list of new movies and TV titles that will be available to the streaming service this coming July 2020. This includes the premiere of Hamilton, the filmed version of the original Broadway production that combines the best elements of live theater, film, and streaming to bring the cultural phenomenon to homes around the world for a thrilling, once-in-a-lifetime experience. You can check out the full July 2020 list below (via Vital Thrills)!

Hamilton – Premiere – An unforgettable cinematic stage performance, the filmed version of the original Broadway production of “Hamilton” combines the best elements of live theater, film and streaming to bring the cultural phenomenon to homes around the world for a thrilling, once-in-a-lifetime experience.

Pixar in Real Life – Episode 109, “UP: Balloon Cart Away.” When Carl asks real New Yorkers to watch his balloon cart, they get an uplifting surprise.

Disney Family Sundays – Episode 135, “Peter Pan: Shadow Box Theater.” Who says you have to grow up? Not the Kurzawa family! They work with Amber on a craft inspired by Disney’s “Peter Pan” that is designed to bring out the child in everyone. Media Kit

One Day at Disney – Episode 131, “Zama Magudulela: The Lion King Madrid, Spain.” Zama Magudulela brings The Lion King to life through her role as ‘Rafiki’ for Madrid theatregoers every day. Magudulela considers it an honor to bring her African heritage to life for people abroad, and loves to share in the joy and excitement the audience feels during each and every performance.

It’s a Dog’s Life with Bill Farmer – Episode 108, “Movie Star Dogs & Hounds and Horses.” Bill meets dogs who stars in movies. Then, he visits a group of hounds and horses on the hunt.

Disney Family Sundays – Episode 136, “Lilo and Stitch: Family Tree.” Ohana is the name of the game for Amber and the Green family in this craft inspired by Disney’s “Lilo and Stitch.”

One Day at Disney – Episode 132, “Marc Smith: Story Artist.” Marc Smith, Director of Story, Frozen 2 at Walt Disney Animation Studios, shows how a drawing can become the key to a moving, emotional story. As he sketches characters, Smith emotionally engages with his work to create a bond between himself and the character. Marc blurs the line between fiction and reality, resulting in a lifelike portrayal on the screen.

One Day at Disney – Episode 133, “Mike Davie: Imagineering Project Manager.” As Principal Project Manager for Walt Disney Imagineering, Mike Davie sees his projects grow out of the ground and into magical experiences for Park guests. From drawing sketches on the back of a napkin to overseeing construction, Mike executes each project, including Epcot World Showcase’s new Ratatouille attraction, with determination and passion.

Disney Family Sundays – Episode 138, “The Jungle Book: Finger Puppet.” The Ruvalcaba family joins Amber to learn the bare necessities of finger puppet craftsmanship in this episode inspired by the characters from Disney’s “The Jungle Book.”

Muppets Now – Premiere Episode 101, “Due Date.” “Muppets Now” is The Muppets Studio’s first unscripted series and first original series for Disney+. In the six-episode season, Scooter rushes to make his delivery deadlines and upload the brand-new Muppet series for streaming. They are due now, and he’ll need to navigate whatever obstacles, distractions, and complications the rest of the Muppet gang throws at him.

Disney Family Sundays – Episode 139, “Mickey and Minnie: Pillows.” The Chaney family joins Amber for a Minnie and Mickey Mouse-inspired craft they can really sleep on.

One Day at Disney – Episode 135, “Lauren Cabo: Imagineering Portfolio Creative Executive.” Laura Cabo provides a look into how the power of design creates the magical environments that bring our Disney characters and stories to life aboard the enchanted world of a Disney Cruise Line ship.