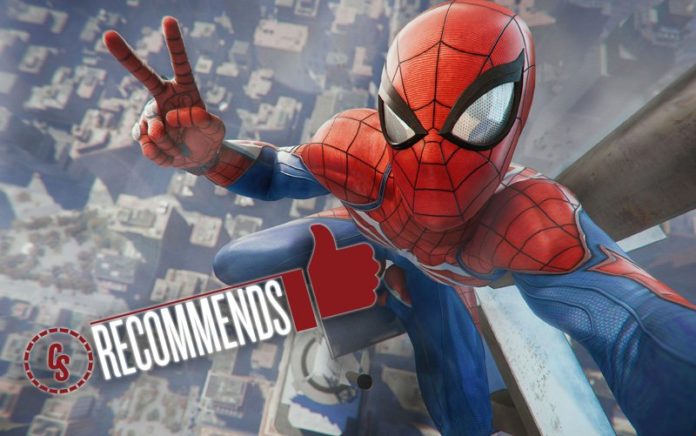 Stuck inside? Don’t know what to watch/read/play/listen to? ComingSoon.net has got you covered. In this week’s CS Recommends our staff gives you solid tips on the best media to consume during your downtime, including Marvel’s Spider-Man & more. Check out our picks below! 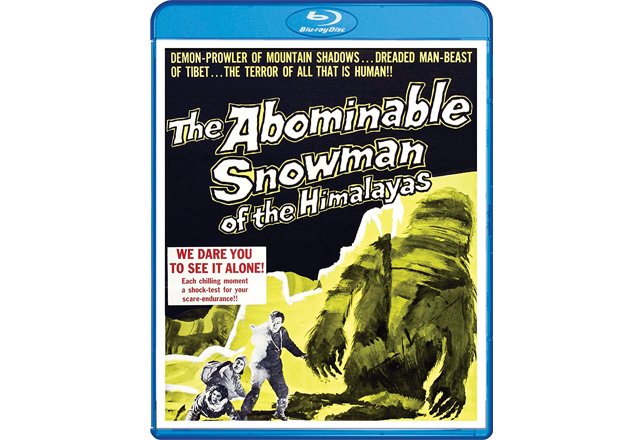 MAX EVRY’S RECOMMEND: The Abominable Snowman of the Himalayas

This early Hammer Studios creature feature from 1957 is one of their lesser-celebrated films, but as a fan of yeti movies it is one of the very best in the sub-sub-genre. Scream Factory quietly released it on Blu-ray last year and it comes loaded with features including an audio commentary with director Val Guest and famed screenwriter Nigel Kneale (Quatermass franchise). As for the transfer itself, it’s a little bit of a mixed bag as the copy of the film Shout! was given was missing several key scenes which are substituted in standard def. It’s unfortunate, because the scenes that are in restored Blu-ray quality are excellent, and it’s the best the film has ever looked. If you want a more intelligent take on a standard snowbound monster movie you can do no better than this Peter Cushing-led chiller! 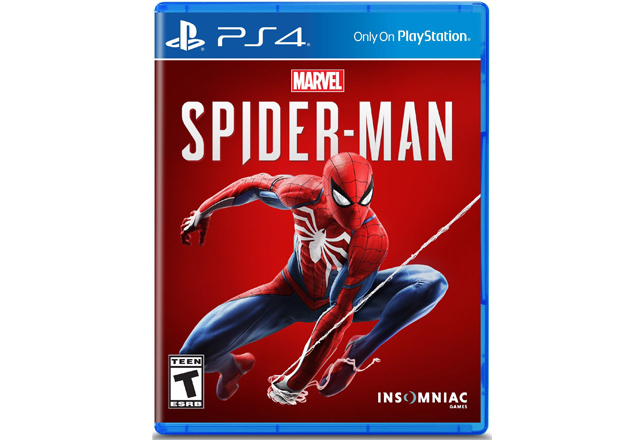 With the exciting news that Marvel’s Spider-Man: Miles Morales is on the way for the PlayStation 5, now is the perfect time to play the previous PlayStation 4 title Marvel’s Spider-Man! In the story, Peter Parker has worn the suit as the crime-fighting superhero for eight years, perfecting his abilities and improvisation skills. The title is considered the ultimate Spider-Man game for a reason, with a solid story, cast of characters, exciting battles, iconic baddies, and plenty of fun side missions to keep you entertained for hours. 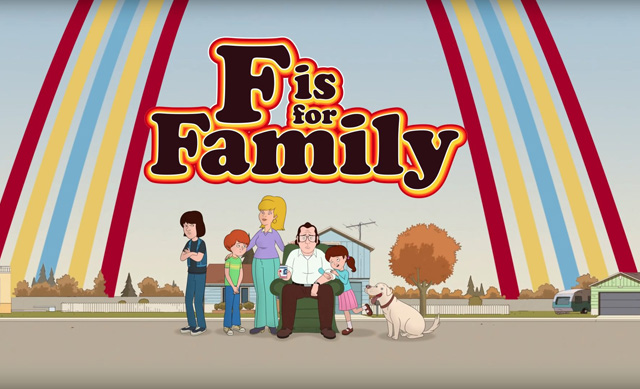 Now’s a time where a lot of people around the globe are finding themselves stuck at home with their families, and while it may have brought many closer together, there are undoubtedly many who found themselves wanting to put each others’ heads through the f***ing wall. Well what better way to ease those tensions and have a good laugh than to watch Bill Burr yell at his animated kids that he’d like to do the same thing with Netflix’s F is for Family. Loosely based on the standup and early life of the series’ creator and star, F is for Family centers on a dysfunctional suburban Irish-American family in the ’70s as they all try to find their paths in life while maintaining some semblance of sanity. With an outstanding cast that also includes Laura Dern, Justin Long, Phil Hendrie, Sam Rockwell, David Koechner and Vince Vaughn, to name a few, the show is packed with plenty of gut-busting and vulgar humor, timely explorations of feminism and class war and powerful character development. With season four having just dropped on Netflix, now is the best time to dive into one of the best animated series of the past decade. 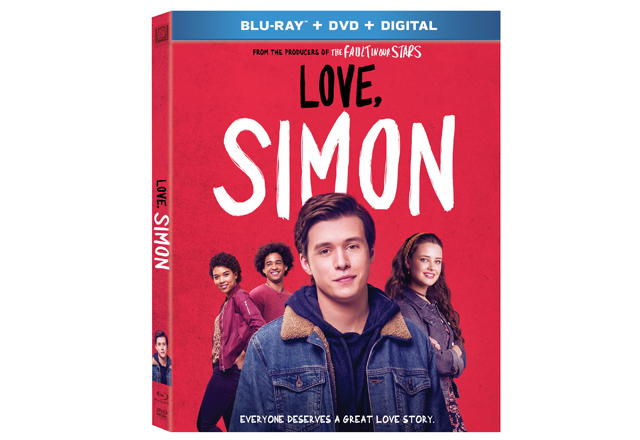 Directed by Greg Berlanti, Love, Simon is a coming-of-age romantic comedy film which centers around the story of Simon Spier, a 17-year-old closeted gay high school student, who despite having a loving and supportive family and best friends, is having a hard time in finding the courage to come out to them. However, he finds hope in not being alone anymore as he learns that there’s someone like him in his school through an anonymous online confession made by someone with a pseudonym of Blue. When Simon contacts Blue via email by using the alias of Jacques, the two inevitably connected and confided with each other through their shared experience of not being able to show who they really are to their loved ones. As Simon finds himself falling in love with Blue, he tries to find out his real identity while also dealing with the consequences that come with having to protect his secret.

Based on Becky Albertalli’s novel Simon vs. the Homo Sapiens Agenda (which you can also purchase by clicking here!), this 2018 film was the first gay teenage romance film made by a major Hollywood studio where it currently holds the rating of 91% on Rotten Tomatoes. Since its theatrical release, it garnered a lot of positive reviews from critics, praising it for its charming and heartfelt storyline which effectively delivers the difficulties of coming out despite living in the modern age.

Overall, Love, Simon is definitely one of my favorite coming-of-age films to date. It is a long overdue film that I wish would’ve existed when I was much younger and starving for quality LGBT content like this. What I also love about it, is that it has the qualities of becoming an instant classic that could rival John Hughes’ iconic teen movies. Although some would say that this is only just another high school tale, I’m very sure that the film’s timely story will still touch and connect to a lot of people and will mean something to future younger generations, who might also struggle with their identities.

In addition to its well-executed story, first-time viewers should also anticipate a great performance from titular star Nick Robinson as he successfully conveys the emotions needed in all of his scenes, most especially during his heart-wrenching scene with Jennifer Garner. I highly-recommend you to check out Love, Simon before you watch Hulu’s upcoming spinoff series Love, Victor on June 17. 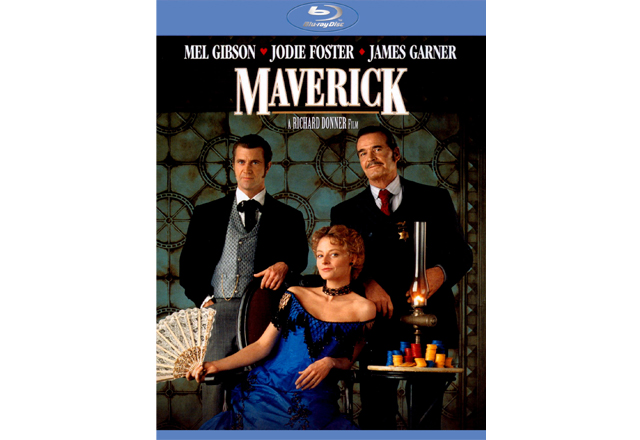 Maverick ranks among my all-time favorite films. I’ve probably watched the damned thing a hundred times and am pretty sure I could quote a majority of the dialogue without much trouble — “He who fights and runs away can run away another day!” Directed by Richard Donner, who drives the film with the same energy and humor he applied to the classic Lethal Weapon series, and starring Mel Gibson, Jodi Foster and James Garner (who also starred in the television series that aired from 1957-62), Maverick coasts along from one hilarious scene to the next and continually ups the ante in terms of fun, humor and action. Look for Graham Greene in a hilarious bit as a bitter Native American who spends his days conning a Russian Archduke and tricking people to fire his faulty bow and arrow.

Maverick may not offer anything beyond breezy humor, but man is it a good time!