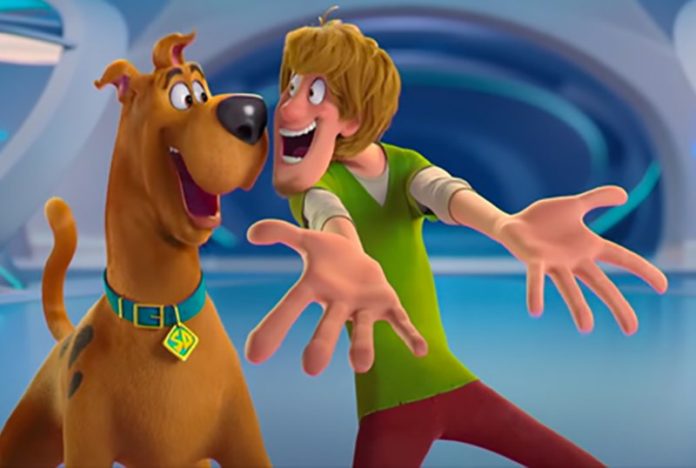 Just over a month after skipping theaters and going for a digital debut, Warner Bros. has unveiled the details for the 4K UHD, Blu-ray and DVD editions of Scoob!, the CG reboot of the film series focused on the titular Hanna-Barbera character and his mystery-solving group, which is set to hit shelves on July 21! Click here to pre-order your copy!

Special Feature Included in the DVD:

Scoob! is written by Matt Lieberman (The Addams Family) and directed by Tony Cervone (Space Jam). The film will follow the mystery-solving group as they must team up with other characters from the Hanna-Barbera universe to save the world from supervillain Dick Dastardly.

The cast includes a new generation of  “meddling kids” with Zac Efron as Fred Jones, Amanda Seyfried as Daphne Blake, Will Forte as Norville “Shaggy” Rogers, Gina Rodriguez as Velma Dinkley, Tarcy Morgan as Dick Dastardly, and Frank Welker as Scooby-Doo. Oscar nominee Mark Wahlberg (The Fighter, The Departed) and Golden Globe nominee Jason Isaacs (The State Within, The OA) have also been cast in the roles of superhero Blue Falcon and villain Dick Dastardly. The pair will be joining the previously announced Ken Jeong as Dynomutt and Kiersey Clemons as Dee Dee Sykes.

The project, produced by Chris Columbus, Charles Roven, Richard Suckle, and Allison Abbate, will bring back those pesky kids and their pal Scooby, all of whom were last seen on the big screen in 2004’s live-action misfire Scooby-Doo 2: Monster’s Unleashed.