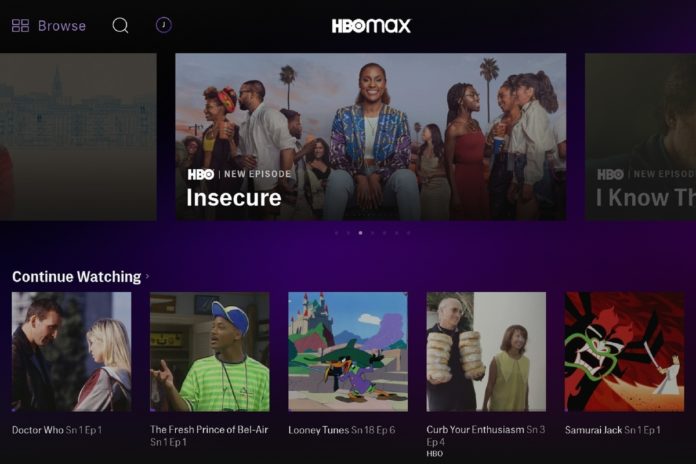 When HBO Max launched in late May, I was excited despite all the branding confusion around the service.

Whereas HBO focused on a small number of highbrow shows and movies, HBO Max offers many more movies and shows from WarnerMedia and beyond. It has the potential to be a true rival to Netflix, with a broad catalog that’s worth keeping year-round instead of just whenever the best HBO shows arrive.

Now that HBO Max is here, I can see the reality: HBO Max is a better value HBO than used to be, but its catalog still dwarves those of Netflix, Amazon Prime, and Hulu. That probably won’t change anytime soon, as parent company AT&T continues to spread its content catalog across multiple streaming services instead of investing in just one. AT&T has claimed to be ”all in” on HBO Max, but as with so many of the company’s other streaming video endeavors, this one seems like another half measure.

Reelgood’s analysis shows that HBO Max’s TV show selection is 20- to 25-percent smaller than those of Netflix, Hulu, and Amazon Prime, with less than half the selection of quality and high-quality shows. Its movie catalog is also about half the size of Netflix’s, and it has about 13 percent of the movies that Amazon Prime does.

I wanted to take this data a step further, though, so I created some new charts comparing Reelgood’s analysis with a similar one it conducted in 2018. That way, we can see how quality and quantity have changed over time, and get a sense of just how much extra value HBO Max is adding.

It turns out that HBO Max’s content infusion barely makes up for the normal growth in content that Netflix and Prime go through every year. While the HBO Max catalog is roughly double what HBO alone offered two years ago, Netflix and Amazon Prime have made even bigger leaps over the same period.

Netflix, for instance, has added 551 quality or high-quality shows since 2018. Those new arrivals alone are larger than the entire HBO Max TV show catalog. And while conventional wisdom holds that Netflix’s movie catalog is shrinking in favor of original TV shows, it’s held fairly steady since 2018, while the selection has shifted toward higher-quality films.

Dividing the amount of content in each of these services by their cost to the consumer shows how they’ve become more (or less) valuable over time.

Even when you account for Netflix’s and Amazon Prime’s modest price hikes since 2018, the value of each subscription has increased at a greater rate than HBO Max, especially on the TV side. HBO Max’s content infusion has helped, but not by much.

(As an aside, Reelgood’s data helps disprove the lazy argument that services like Netflix and Amazon Prime used to have everything, and now they don’t. In truth, they have more to offer than ever; other services like HBO Max are additive.)

These charts help explain why HBO Max’s selection feels a bit hollow, but it’s not the only explanation.

As Joshua Rivera wrote for The Verge after HBO Max’s launch, the catalog is full of inconsistencies. While lots of DC Extended Universe movies are present, Birds of Prey and Man of Steel aren’t, and classic DC-based shows like Smallville and Lois and Clark are missing as well. There are some classic Adult Swim cartoons, including Aqua Teen Hunger Force and Space Ghost: Coast to Coast, but not others, such as The Brak Show and Harvey Birdman. Most of Peter Jackson’s Middle-Earth films are available, but not The Hobbit: The Desolation of Smaug. As Rivera notes, the inconsistencies make HBO Max feel like less of a known quantity.

Part of the problem is that AT&T is still trying to juggle other streaming services at the same time. It operates Crunchyroll for anime, DC Universe for superhero content, and Boomerang for cartoons, and while HBO Max offers selections from those content siloes, AT&T is treating their full catalogs as upsells.

HBO Max isn’t even hanging onto some of its most defining content. A large number of DC Universe films will leave the service on July 1, including Justice League, Wonder Woman, LEGO Batman, and the Burton-Schumacher Batman films from the late 80s and 90s. Instead of having a stable collection of DC films on the service, WarnerMedia says the plan is to have “a collection of DC films that will rotate on the platform.”

Granted, content licensing isn’t always simple. Movies or shows that might seem to belong to one media company or studio might actually be wrapped up in distribution deals with another.

But we’ve seen how Disney moved mountains to get the original Star Wars movies rights from Turner, allowing Disney+ to host them on day one. Disney also took the bold step of bringing FX original series to Hulu at no extra charge a few months ago, making FX’s cable channel less valuable in the process. It’s hard to shake the feeling that AT&T just isn’t trying hard enough.

In search of intestinal fortitude

This pattern has played out with AT&T time and again in the cord-cutting era. The company quickly grew DirecTV Now as a compelling cable alternative, then just as quickly made it unappealing through severe price hikes and channel cuts. It offered a small, cheap bundle of cable channels with AT&T Watch TV—at one point making it free with certain AT&T wireless plans—but never got around to adding Roku support and has now stopped promoting the service entirely. It built an intriguing gateway to cord-cutting with the AT&T TV service and set-top box, only to saddle it with long-term contracts and built-in price hikes.

With HBO Max, history is repeating itself, as AT&T undermines the service with a relatively small, inconsistent, and ever-shifting catalog. If AT&T really thinks HBO Max is the future of its TV business, the company could do a lot more to show it.

Sign up for Jared’s Cord Cutter Weekly newsletter to get more cord-cutting news, insights, and deals delivered to your inbox.

If your Apple TV is losing apps, get ’em back with a $49 Google TV Chromecast

Apple may be the undisputed privacy leader, but it’s not doing enough

Apple says you can’t switch the default music app in iOS 14.5 after all