Home Culture How TikTok’s ‘For You’ Algorithm Works 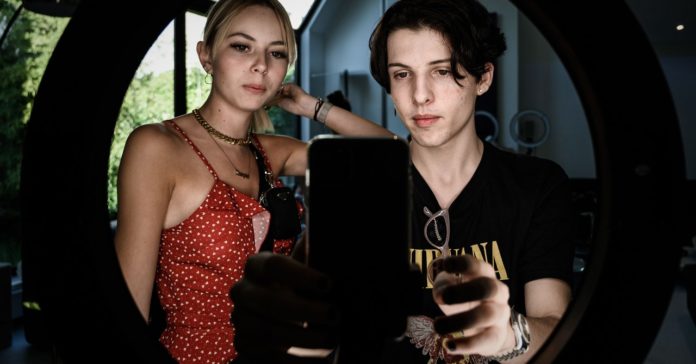 The first thing you see when you open TikTok is the platform’s For You page: an endless stream of videos uniquely tailored to each user. No two feeds are exactly the same, but as TikTok has exploded in popularity—the app has now been downloaded over 2 billion times—the For You page has become some of the most valuable digital real estate in the world. Getting featured can make or break a would-be TikTok influencer’s career. But for years, no one has known for sure how the For You page worked, leaving users to concoct their own conspiracy theories and experiments..

Now, TikTok is pulling back the curtain for the first time. In a blog post published on Thursday, the company outlined the basic mechanics of its For You page, revealing a recipe its users have long tried to estimate on their own. The social media company says it relies on a complex set of weighted signals to recommend videos, including everything from hashtags and songs to the kind of device a person is using.

The blog post is part of a wider push for transparency at TikTok, after US lawmakers and users raised security concerns last year about the company’s potential connections to the Chinese government. TikTok is owned by ByteDance, one of China’s largest tech giants, but the company has repeatedly denied that the Chinese Communist Party wields any influence over its policies, and has worked to distance itself from Beijing. But the concerns have endured: Earlier this week, for example, The Wall Street Journal reported that some TikTok users were praising China and its leader Xi Jinping, wondering if the flattery might help their videos go viral.

Here is how TikTok videos get featured on the For You page, according to the platform. When a video is uploaded to TikTok, the For You algorithm shows it first to a small subset of users. These people may or may not follow the creator already, but TikTok has determined they may be more likely to engage with the video, based on their past behavior. If they respond favorably—say, by sharing the video or watching it in full—TikTok then shows it to more people who it thinks share similar interests. That same process then repeats itself, and if this positive feedback loop happens enough times, the video can go viral. But if the initial group of guinea pigs don’t signal they enjoyed the content, it’s shown to fewer users, limiting its potential reach.

This strategy is why your For You page may contain videos with lots of likes and views, alongside videos that may have been seen by only a few people. A new user with few followers can still make it to the For You page, in theory, although creators with large followings may have an advantage.“While a video is likely to receive more views if posted by an account that has more followers, by virtue of that account having built up a larger follower base, neither follower count nor whether the account has had previous high-performing videos are direct factors in the recommendation system,” the TikTok blog post reads.

TikTok relies on a number of signals to identify what kinds of videos users want to see, some weighted more heavily than others. Strong signals include whether you watched a video to the end, whether you shared it, and if you followed the creator who uploaded it afterward. Weak signals are things like the type of device you have, your language preference, and whether you’re in the same country as the person who posted a video. TikTok also considers negative feedback on a video, like whether a user tapped “Not Interested,” or if they choose to hide content from a certain creator or featuring a specific sound.