Home Culture Raven-Symoné introduces the world to her wife 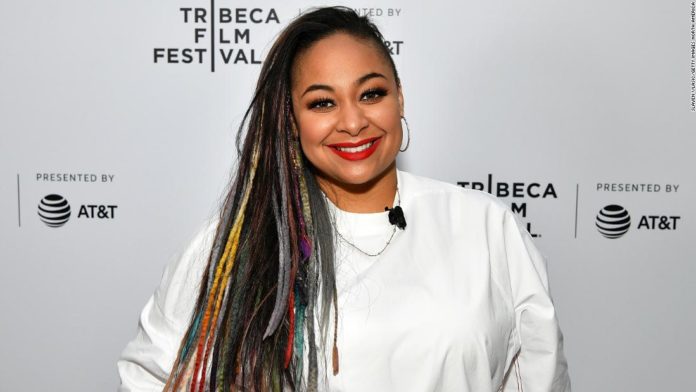 The 34-year-old actress and former co-host on “The View” shared on her verified Instagram account Thursday that she has married girlfriend Miranda Maday.
A picture of the happy couple embracing served as their wedding announcement.
“I got married to a woman who understands me from trigger to joy, from breakfast to midnight snack, from stage to home,” the actress wrote in the caption. “I love you Mrs. Pearman-Maday!”
The former child star’s full name is Raven-Symoné Christina Pearman.
She also posted a photo of what appeared to be the yard outside the home where the wedding photo was taken.
“Thank you to all those who helped and for those who understand why it was small during this time,” she wrote in the caption on that picture in which she tagged several people, including Debbie Allen.
Known for her childhood roles on “The Cosby Show” and “That’s So Raven,” as well the current reboot “Raven’s Home,” she addressed her sexuality publicly in 2013, after the U.S. Supreme Court struck down a law barring federal recognition of same-sex marriage.
“I can finally get married! Yay government! So proud of you,” she tweeted at the time.
In 2014, she told Oprah Winfrey during an interview that she became aware of her sexuality at the age of 12, as “I was looking at everything.”
“I don’t want to be labeled gay,” she told Winfrey. “I want to be labeled a human who loves humans.”