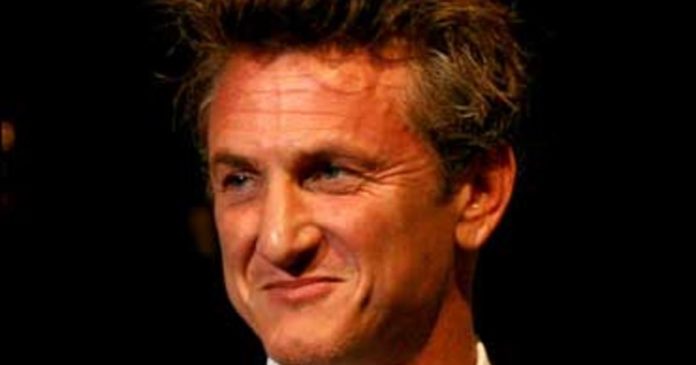 The story first came to national attention in the fall of 1992. The body of an unidentified young man had been found in an abandoned bus in the Alaskan wilderness. Apparently he had starved to death.

In Carthage, South Dakota, Wayne Westerberg heard the story on the radio, and thought he knew who it was —a boy who called himself Alexander Supertramp.

“He did work for me when he was here, then he would go off on these adventures and be gone for months on end,” Westerberg told Early Show co-anchor Harry Smith. “And would write us and send postcards. We collected them and people in town knew him and always asked about him.”

Alex turned out to be a young man named Chris McCandless, from an affluent Virginia suburb, who graduated with honors from Emory University in 1990, gave all his money to charity, and disappeared into the American countryside. His family never heard from him again.

McCandless took off on a lot of adventures. Carine McCandless always believed her brother would come back.

“I missed him horribly,” she said. “And I thought about him every day. But I knew what he as doing, and that he was enjoying his life. And he was free.”

“I saw this picture of the bus on the cover of this book called into the wild,” he said. “And there was something about it that drew me to it.”

“The mother, Billie called me and said she had a dream. Chris had said, don’t make a movie about me,” Penn said. “I told her if i didn’t respect dreams, I wouldn’t make movies. And so ten years went by. And I got a call out of the blue saying, we’re ready to see a movie made.”

The movie, “Into the Wild,” written and directed, and even photographed, in part, by Sean Penn, opens Friday. Penn says he saw a little bit of himself in McCandless.

“I think that I understood,” he said. “I grew up as a surfer and in that testing of oneself that you do in the ocean, it makes very familiar what it was that Chris McCandless felt he had to do, and why.”

McCandless set out on his own across the country, without a car, or money, or family connections. He was on a quest to find the person within. A journey Penn and his crew traced almost religiously.

“I was literally like praying, please send me an adventure. And all of a sudden, you know, Sean Penn comes knocking on your door,” he said. “And let me tell you, he wasn’t bringing flowers. He was bringing a grizzly bear.”

Part of the McCandless’ journey involved a dangerous trip in a small boat down the Colorado river. Hirsch had never kayaked before, but, for Penn, there was no question of using a stunt man.

“He goes, ‘if I do it first, will you do it, and I go, ok,’ Hirsch said.”And he goes, just goes straight into this massive rapid. And he almost makes it the whole way, so then I go, ‘Well, now I gotta.'”

The scenes set in the Cabaret bar in Carthage, South Dakota were shot in the real place. Vince Vaughn plays Wayne Westerberg, the guy who hired the kid who called himself Alex.

Chris McCandless spent almost four months in the Alaskan wilderness, recording his triumphs and defeats in his journal. Also recorded is his attempt to return to civilization, blocked by a rushing river. In the end the wilderness prevailed. The bus where he died has become a kind of shrine undisturbed for 15 years.

“I’ve never heard the criticism from somebody else who as in the Alaskan backwoods by themselves for 113 days,” Penn said. “That’s a difficult life for 113 days. You’re basically waking and sleeping to survive all the time alone.”

Wayne Westerberg thinks, but for bad luck, Chris McCandless would be telling his own story today.

“He thought that he knew enough to do this, but it did get out of control,” he said. “Like the crash of an airplane, it’s never just one thing that makes it crash. It’s two our things in a row that start to happen. And the end result is a wreck.”

For Sean Penn, the odyssey of Chris McCandless mirrors his own personal journey.

“Facing things we can learn about ourselves is difficult in the most comfortable of circumstances,” he said. “But to face the most dynamic lesson about yourself in the face of death knowing that just as you grasp it, you’re going to lose it all, is a very brave thing. And that, I think, is the triumph of Chris McCandless.”