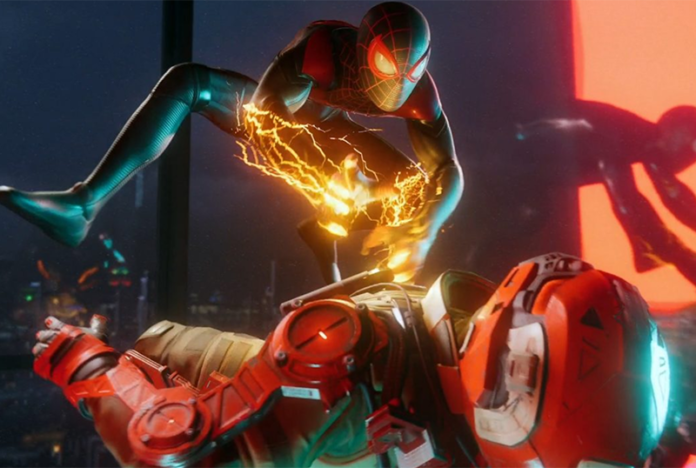 It’s been a week since the PlayStation 5 reveal event unveiled the exciting first look at Marvel’s Spider-Man: Miles Morales, Insomniac Games’ follow-up to their 2018 hit, and now the game’s developer has unveiled new details for the story centered on the titular young hero! Check out the trailer recap video in the player below!

In a post on PlayStation Blog, Insomniac Games Creative Director Brian Horton confirmed the next game in the developer’s Marvel’s Spider-Man universe is a “standalone game” and called the reception from fans to last week’s reveal as “nothing short of incredible.”

“At Insomniac Games, we’ve loved the character of Miles Morales for a long time,” Horton wrote. “It started years ago, when Bryan Intihar (Creative Director, Marvel’s Spider-Man), suggested that we should have Miles Morales be a part of the same universe as Peter Parker. We sneakily introduced him at the end of our E3 2017 demo, surprising the audience when they thought the PlayStation Briefing was over.”

Pick up your copy of the original game here!

Horton called Morales’ multicultural background a reflection of “a more modern, diverse world” and that the studio sought to give players “a new story, with new set pieces, fresh villains and unique quests across Marvel’s New York City” before offering a few details on the story itself.

“It’s now wintertime, about a year after the events of the first game,” Horton said. “Marvel’s New York is covered in snow, and just before Christmas break, a war between an energy corporation and a high-tech criminal army has broken out. Miles’s new home in Harlem is at the heart of the battle. You’ll experience a full story arc with Miles, one that’s more akin to a game like Uncharted: The Lost Legacy in terms of overall scope. Marvel’s Spider-Man: Miles Morales is an important, heartfelt, emotional and essential experience to expanding the Marvel’s Spider-Man universe. And we hope it will be for you as well.”

Horton has said that with Insomniac getting their hands on the dynamic next-gen technology of the PlayStation 5, the developers took advantage of the full powerful new software to take their game to the next level, including “near-instant loading, ray-tracing 3D audio” and noting they have “upgraded our characters with 4D scans and improved skin shading for more realistic looking characters and spline-based hair that moves far more naturally.”

“It’s been amazing to be creative director on Marvel’s Spider-Man: Miles Morales, working with such an incredible team,” Horton said. “I joined Insomniac near the end of Marvel’s Spider-Man, and being able to collaborate with our team and Marvel to create a new story and experience all around Miles Morales has been a career highlight. It’s been great to also work with Bryan Intihar, who directed the first game, as he continues to imagine big things for the Marvel’s Spider-Man universe.“

For fans wondering if the game’s focus on Morales means something bad has happened to original web-slinger Peter Parker, Horton assures that the Daily Bugle photographer is certainly fine and that “we still have much of Peter’s story left to tell,” but still noting that “this game is all about Miles” and “you won’t want to miss what happens.”

The Brian Michael Bendis and Sara Pichelli-created character originally appeared in Insomniac’s 2018 game as a playable character, though it wasn’t until the end of the primary story mode of the game in which Morales was bit by a radioactive spider, therein setting up the long-rumored sequel.

Insomniac’s 2018 game was a surprise smash hit upon release, earning praise for its dynamic narrative and character development alongside its combat and web-swinging traversal mechanics, with only mild criticisms being directed at the open-world design of the game. It was compared favorably to Rocksteady Studios’ Batman: Arkham game series and has been frequently named one of the best superhero games ever made and became one of the fastest-selling games of the year and one of the best-selling PlayStation 4 games of all time.

Marvel’s Spider-Man: Miles Morales is set to hit shelves sometime in holiday 2020, seemingly tied to the release of the new Sony gaming system.