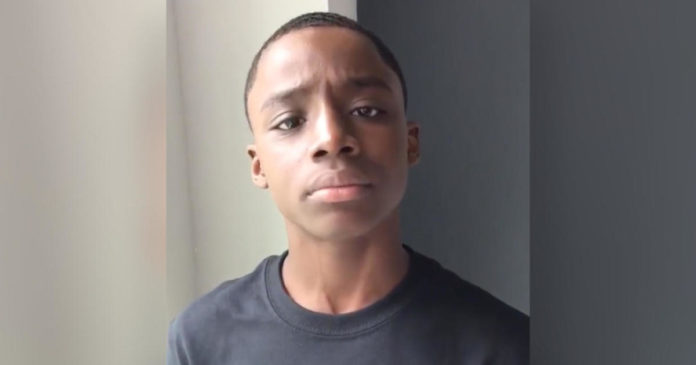 Last month, a 12-year old gospel singer went viral for his song “I Just Wanna Live” amid protests against police brutality and racism. Now, he’s landed a record deal with Warner Records and released his song as a single, according to The Associated Press.

Keedron Bryant posted a passionate performance of his song, which highlights the realities of being a young Black man, to social media on May 26, the day after George Floyd was killed. In the song, Bryant sings: “I’m a young black man, doing all that I can to stand. Oh, but when I look around and I see what’s being done to my kind every day, I’m being hunted as prey.”

Warner released the song as a single on Friday in honor of Juneteenth — announcing that 100% of its net profits will be donated to the NAACP.

Warner also said Amazon Music would donate $1 for every stream of the song on its release day, up to $50,000.

The song, written by Keedron’s mother, Johnetta Bryant, became a rallying cry of the Black Lives Matter protests that are continuing around the world.

“It’s very exciting because this is what God’s called me to do,” Keedron told the AP this week. “It’s just been an exciting experience to work with my mom.”

Keedron, who turns 13 on July 3, said he’s looking forward to recording more songs with Warner. He said he hopes his music can change society for the better, even though “I Just Wanna Live” came from a dark place.

“It’s unfair that black people can’t go out and enjoy life and live without having fear that something’s going to happen to them, so it was kind of sad to sing those lyrics,” he said. “But (there’s) still hope in the world that we can change the world.”