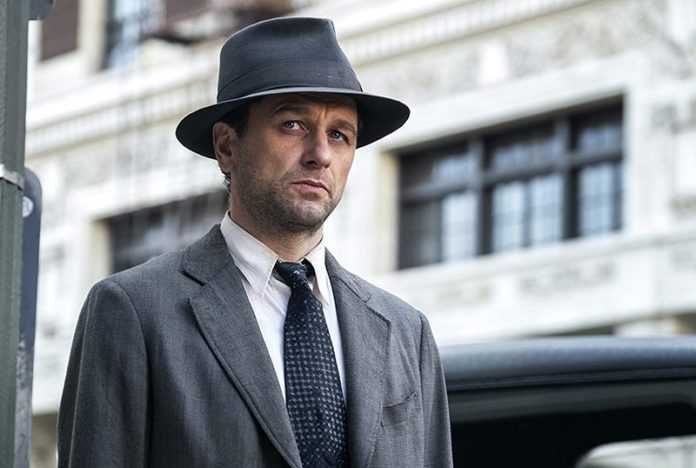 Welcome to Mandatory Streamers, our column covering the best new streaming content coming your way every week! For the week of June 15, Matthew Rhys stars as Perry Mason in HBO’s new limited series developed and executive produced by Robert Downey Jr. and Susan Downey. Check out the best shows debuting and returning online this week as well as the latest renewal announcements below, and be sure to visit our mother site Mandatory by clicking here!

Perry Mason, Series Premiere: Based on Erle Stanley Gardner’s series of novels, the new Perry Mason will be set in 1932 Los Angeles. While the rest of the country recovers from the Great Depression, this city is booming! Oil! Olympic Games! Talking Pictures! Evangelical Fervor! And a child kidnapping gone very, very wrong! This limited series follows the origins of American Fiction’s most legendary criminal defense lawyer, Perry Mason (Rhys). When the case of the decade breaks down his door, Mason’s relentless pursuit of the truth reveals a fractured city and just maybe, a pathway to redemption for himself. The series will premiere on Sunday, June 21, and will be available to stream on HBO’s platforms.

The Chi, Season 3 Premiere:  On Chicago’s south side, an average day finds kids prepping for school as their parents head off to work, young adults trying to make a living, and the elders keeping an eye on things from their front porches. But in this tough neighborhood, real dangers threaten daily to squelch dreams, and the simplest decisions can have life or death consequences. From Emmy winner Lena Waithe, The Chi is a timely coming-of-age drama series centered on a group of residents who become linked by coincidence but bonded by the need for connection and redemption. The third season will launch on Sunday, June 21, and will be available to stream on Showtime’s platforms.

Love, Victor, Series Premiere: The series follows Victor (Michael Cimino), a new student at Creekwood High School on his own journey of self-discovery, facing challenges at home, adjusting to a new city, and exploring his sexual orientation. When it all seems too much, he reaches out to Simon to help him navigate the ups and downs of high school. The series is now streaming on Hulu.

NOS4A2, Season 2 Premiere: The second season picks up eight years after the events of season one. Vic McQueen (Ashleigh Cummings) remains more determined than ever to destroy Charlie Manx (Zachary Quinto). Charlie, having faced his own mortality, emerges desperate for revenge against Vic. This time, he sets his sights on the person who means most to Vic — her eight-year-old son Wayne. The race for Wayne’s soul sends Vic and Charlie on a high-speed collision course, forcing both to confront the mistakes of their pasts in order to secure a hold on Wayne’s future. Season 2 will premiere on Sunday, June 21, and will be available to stream on AMC’s platforms.

Yellowstone, Season 3 Premiere: In Yellowstone, Costner stars as John Dutton, the patriarch of the family who controls the largest contiguous ranch in the United States, under constant attack by those it borders – land developers, an Indian reservation, and America’s first National Park. It is an intense study of a violent world far from media scrutiny — where land grabs make developers billions, and politicians are bought and sold by the world’s largest oil and lumber corporations. Where drinking water poisoned by fracking wells and unsolved murders are not news: they are a consequence of living in the new frontier. It is the best and worst of America seen through the eyes of a family that represents both. Josh Holloway joins the series this season as Roarke Morris, a hedge fund manager with ambitious plans in Montana concerning the Dutton family. Season 3 will debut on Sunday, June 21 and will be available to stream on Paramount Network’s website.

Hidden, Series 2 Premiere: Nine months after the action in series 1, Cadi and Owen head out on their next major assignment when an anonymous phone call is received at the police station about a local retired chemistry teacher, Geraint Ellis, who was found horrifically murdered in his bathtub. Rumors about the victim – and the reasons for his sudden and unexpected retirement – soon emerge. While Cadi and Vaughan have a new case on their hands, three teenagers – Mia Owen, Connor Pritchard, and Lee Williams — have blood on theirs. As their lives – and the investigation – unravel, they soon find out there is nowhere to hide. Was Ellis targeted for previous sins, or an innocent man unjustly singled out by disaffected teenagers? The investigation draws Cadi and Owen deeper into the troubled lives of these young mysterious characters – as they uncover a world of lies, revenge, cruelty, and neglect. The new episodes are now streaming on Acorn TV.

Hulu Animation: The streamer’s adult animated series Solar Opposites and Crossing Swords have both been renewed! Justin Roiland’s new animated series Solar Opposites has been picked up for a two-season order for a second and third season of the series after debuting last May. Meanwhile, the Crossing Swords’ Season 2 renewal comes nearly a week after the Nicholas Hoult-led stop-motion series had its premiere on Friday, June 12.

The Sinner, Season 4: USA Network has officially renewed their Bill Pullman-led crime anthology series The Sinner for a fourth season which is scheduled to debut sometime next year!

For Life, Season 2: A couple of weeks after announcing the romantic comedy series to be a ratings hit for the new streaming service, HBO Max has chosen to greenlight a second season of the Sam Boyd-created and Anna Kendrick-starring and executive-produced anthology Love Life!

Manifest, Season 3: NBC has officially renewed their Robert Zemeckis-produced supernatural series Manifest for a third season! This renewal comes after over two months since the show had aired its second season finale in April.