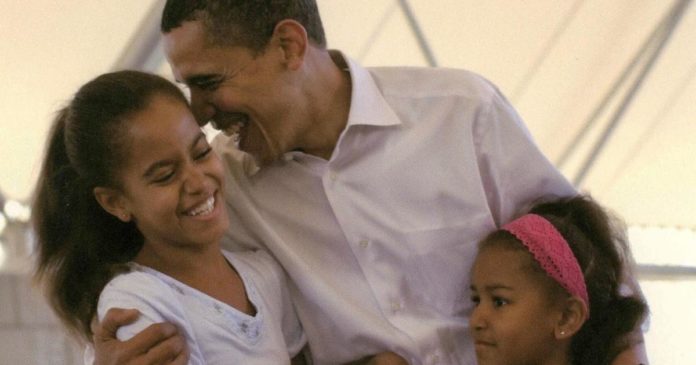 Father’s Day is a holiday to spend a little extra time with dad and let him know how much you care. Many take to social media to express their thanks to the fathers in their lives — including the families of some of the world’s most famous people.

From Barack Obama to Prince Charles to Kanye West, this is how many families in the public eye are paying tribute to their beloved dads online.

Michelle Obama posted a sweet Father’s Day message to her husband, former President Obama, on social media on Sunday. “Thank you for the way you love our girls—and all the young people in this country, no matter who they are or where they come from,” she wrote, alongside a photo of him with their two daughters, Malia and Sasha. “We feel your warmth and generosity today and everyday. Happy Father’s Day, Barack!”

The official social media channels of Britain’s Prince William and Catherine, Duchess of Cambridge, posted multiple images of some of the royal family’s patriarchs. The couple shared a sweet image of William and his dad, Prince Charles, from 2019 and an old photo of Catherine and her father, Michael Middleton, in one post.

Another series of posts, which the account stated were in honor of William’s birthday on Sunday, showed the royal playing with his three children. Catherine and William have three children, Prince George, Prince Louis and Princess Charlotte.

Actress Gabrielle Union posted a photo of her husband, former basketball player and father of four, Dwyane Wade, and her own dad on Instagram for Father’s Day.

Katherine Schwarzenegger paid tribute to husband Chris Pratt on Instagram Sunday, posting a long message alongside a collage photo of the duo.

“What an amazing year you’ve had and I know this year will be filled with more fun, adventure and love,” she wrote, also wishing her husband a happy birthday in the post. “I thank God every day for you. blessed to live life with you, watch you grow, and one of the greatest gifts has been watching you be the most loving and fun father.”

Pratt has one son, Jack, from his previous marriage to actress Anna Faris and is expecting a child with Schwarzenegger.

Jada Pinkett Smith posted a lengthy tribute to longtime husband, Will Smith, on Instagram. “There are so many things that I haven’t and don’t get right but there is one thing I got really right and that’s choosing you as the Father of my children,” Pinkett Smith wrote in the post. “I didn’t know much about Fathering when we had children but our parenting journey together has taught me so much about the need and the importance of having a present, courageous and loving Father available.”

Alongside the heartfelt caption, Pinkett Smith posted a clip of the Father’s Day Special of her Facebook Watch show “Red Table Talk,” which is centered around Smith. She said the episode, which is streaming now, explores his “fathering journey.”

The couple share two children, Jaden and Willow. Smith has one son, Trey, from a previous marriage.

Victoria Beckham wrote a short and sweet message to husband and soccer legend, David Beckham, alongside an image of their family. “We all love u so so much xxxx So many kisses from us all x we love u!!!! X” she said. The duo share four children together. Victoria also shared an image of her own father for the holiday.

“Happy Father’s Day to the BEST daddy in the world. We miss you so much,” said Vanessa. “We love you forever and always. Love, Nani, Gigi, BB, Koko and VB.”

Gianna, Kobe and seven others were killed in late January when a helicopter crashed into a hillside in dense fog in Calabasas, California.