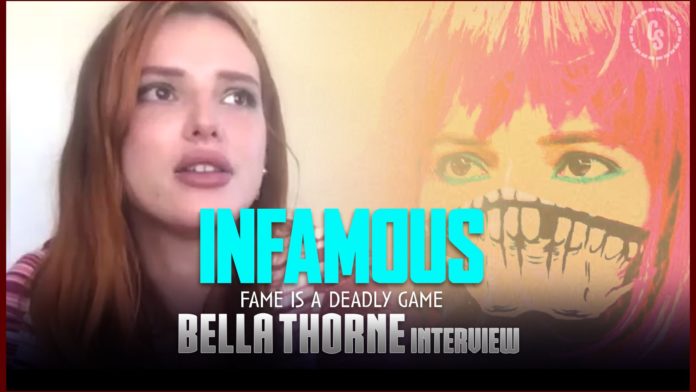 ComingSoon.net got the opportunity to chat with star and executive producer Bella Thorne (The Babysitter, Assassination Nation) to discuss her role in Infamous, a modern-day take on the Bonnie & Clyde tale for social media-hooked audiences. The interview can be viewed in the player below!

Infamous is the story of two young lovers who rob their way across the southland. Arielle (Bella Thorne) is a down on her luck dreamer who longs for popularity. Dean (Jake Manley) is an ex-con working for his abusive father. The two have an instant connection, and after the accidental death of Dean’s father, they are forced on the run. In an attempt to gain social media clout, Arielle live streams their exploits and robberies, gaining them viral fame but ultimately leading them towards a tragic ending.

Click here to rent or purchase the film now!